Welcome to Drafting The Circuits -
Home : Blogs : Who is Scott McLaughlin? 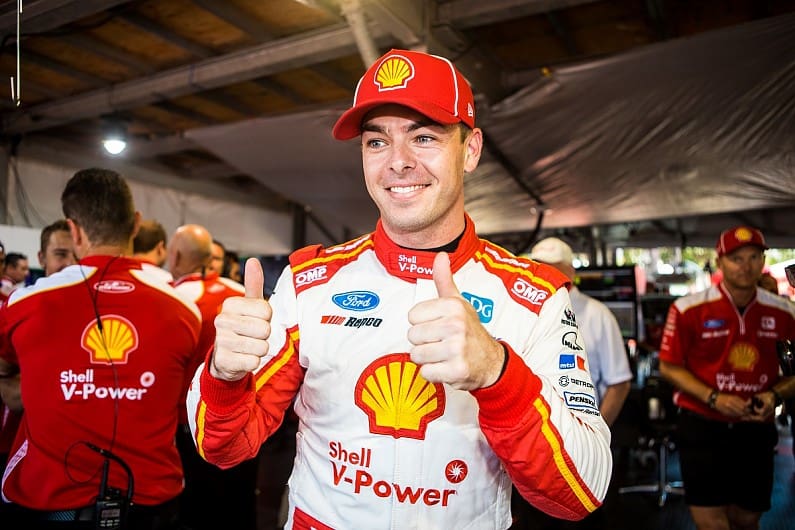 Who is Scott McLaughlin?

The NTT IndyCar Series has a rookie class stacked full of talent for 2020. The young drivers running the full schedule are likely to have a close points battle to decide Rookie of the Year.

There is, however, a driver generating tremendous buzz that won’t even be in the thick of that fight. In fact, he only has one IndyCar race date circled on his 2020 calendar.

While there are some rumors floating about that we may see him in multiple races, Scott McLaughlin is only confirmed for a one-off at the GMR Indy Grand Prix at this point.

So, why all the fuss?

He is making his debut in a Team Penske entry which is, in and of itself, interesting considering the fact that Team Penske has not entered a series rookie in a race since 1999. It is a bit of a misnomer to classify McLaughlin as a true rookie, given his accomplishments in other forms of motorsport and an association with Penske that dates back to 2017. Let’s take a look at the path that that led the 26 year-old to his IndyCar debut.

Scott McLaughlin’s story begins in 1993 when he was born in Christchurch, New Zealand. His father, Wayne, was a truck driver who delivered Mobil Oil and products. Perhaps predicting his future as a racer, Scott McLaughlin’s first word as a child was Mobil, a fact he rarely brings up these days due to his current association with Shell/Pennzoil.

A gearhead at heart, Wayne had his son in a kart at the age of seven. The youngster showed immediate potential, winning his first national title just a year later. When Scott was nine, Wayne and his wife, Diane, took a gamble by purchasing the assets of a trucking company that was in bankruptcy, going into business for themselves. In doing so, they relocated the family over the ditch to Australia.

Within ten years, Wayne and Diane had grown McLaughlin Freightlines from a meager business with seven trucks into a successful company with more than seventy trucks in their fleet. This was important to Scott’s racing career for two reasons. First, the business allowed them to finance the rather expensive hobby.

Second, and more importantly, the business was far from an overnight success. It took a tremendous amount of hard work, dedication and sacrifice to make the company profitable. The values instilled into the young McLaughlin by his parents contributed to the tremendous work ethic that has been paramount to his success on the track.

When they weren’t working, or off somewhere karting, Wayne and Diane would often bring Scott and his little sister, Samantha to see the V8 Supercars when they came to town. Like many young race fans, Scott enjoyed meeting the drivers, collecting autographs and taking photos. The whole time, he envisioned a day when he would compete on that stage.

By the age of 13, Scott was leaning heavily towards becoming a professional race car driver. With the full support of his family, he continued karting and honed his skills. He ultimately was chosen to represent New Zealand at the Rotax Max International challenge held in Europe.

He had caught the eye of Stone Brothers Racing and was given a test in their Supercar, which led to a ride in 2010 in the Dunlop Super2 Series. After a slight snafu in securing the correct competition license, McLaughin made his debut at the age of 16, the youngest ever V8 Supercar driver.

By 2012, he had already secured a pair of Championships; one in Super2, and another in Super Tourer. He was ready to move up the ladder to the International V8 Supercars Championship. Running a Volvo S60 for Garry Rogers Motorsport, he was a consistent winner, but not necessarily a Championship contender. He did, infamously, become a bit of an internet sensation in 2014 when he ended a victory lane interview with “F**k Yeah!” This gave him a bit of a bad-boy image, but also endeared him to fans.

His fortunes would change in 2017 when he signed on with DJR Team Penske. He fit in well with the team, but there was one small detail that took some adjusting to get used to; keeping his shirt tucked in. Yes, in true “Penske Perfect” fashion, every member of the team from the owner, right on down to the guys that run the errands, must present a professional appearance at all times.

With the shirt now firmly tucked in, and his F-bombs in check, McLaughlin went on about the business of winning races as a Penske driver. After narrowly missing the title in 2017, he became the man to beat week-in and week-out in the DJR Team Penske Ford. Back-to-back championships in 2018-2019, with a Bathurst 1000 win along the way, cemented his reputation as a true superstar of the sport.

The 2020 season has been announced as his last in the Supercars Series as he has designs on racing full-time in America going forward. The opportunity in the GMR Indy Grand Prix is well-deserved, not only being a winning Penske driver, but also for being surprisingly quick in his first few outings in an IndyCar during pre-season testing. He will certainly be looking to make the most of it.

Off the track, Scott is not wildly different than many other race car drivers. He is a fitness nut, enjoys watching competitive sports, particularly the NBA, and stays active on social media. He posts a blog, Scott’s Corner, and he co-hosts a podcast called Balls and Bumpers with his buddy, Australian Rules footballer, Jack Riewoldt. You will also find him chumming about with the other Penske drivers in the internet video series The Penske Games. He recently married his long time girlfriend, Karly Paone, in California.

In the meantime, Wayne and Diane were able to sell the trucking company for a tidy sum, and retire back to New Zealand where they pursue a variety of business interests. They don’t always make it to the track these days, but you can guarantee on race day, they will be glued to their TV set proudly cheering on their son. This coming May, they will be right there as Scott begins a new chapter in his journey.