Welcome to Drafting The Circuits -
Home : Blogs : The Power of Positivity 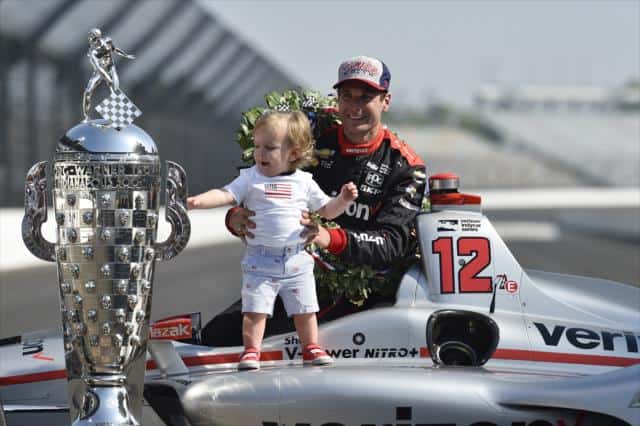 The Power of Positivity

An Indy 500 win for Team Penske driver, Will Power, shouldn’t have been entirely unexpected. However many seemed surprised, including Will Power himself. His unbridled emotion in victory lane was reminiscent of many past winners, but it was definitely out of character coming from the Will Power we have become accustomed to over the years.

In winning the 500, and celebrating as he did, he gained the respect of many of his keyboard-warrior detractors. He probably didn’t convert them over into Will Power fans but, at least at this moment, they couldn’t find much more to say than, “Job well done.”

A recent conscious effort by Power to ignore outside negativity, dispense with his own negativity, and focus on being positive is paying dividends.

“There’s so much negative stuff out there you can see on social media. You just got to minimize the amount of negative people you hang around, negative stuff you read, and be in general positive,” said the winner of the 102nd running of the Indianapolis 500. “I’ve slowly changed to be a more positive person. It’s hard when you’re very negative. Belt out all those bad habits of thinking.”

Power’s quest to remain positive has been fueled by a happy family life with his wife Liz, who works off her nervous energy in pit lane by crumpling and chewing water bottles into oblivion. The two welcomed a son, Beau, into their lives in 2016.

Will Power, despite possessing a given name that should be a marketing goldmine, has not attracted a huge following of fans over the course of his career. He admits that he is not even well-known in his native Australia. He has been seen as aloof, reserved, shy and unapproachable.

Perhaps he has been overshadowed by the larger-than-life personalities of guys like Helio Castroneves, Tony Kanaan, and more recently, Josef Newgarden. Perhaps he prefers to be low-key, and fly under the radar like Scott Dixon. The difference is that Dixon hasn’t attracted a legion of folks that openly dislike him.

In reality, the 37 year-old Australian is a kind and warm human being, who enjoys playing the drums and is actually a pretty funny guy. Unfortunately, his dry wit often falls flat for those that don’t get it. It would appear that his brother Damien, who makes a living as a stand-up comic, inherited the gene for more conventional humor.

Will, of course, makes his living as a race car driver and he has quietly gone about doing the job that he is paid for; winning races. And he has done exactly that. Power is now tied for eighth on the all time list with Al Unser Jr. He is six wins away from leapfrogging the rest of the Unser family (and Sebastien Bourdais) and within striking distance of Scott Dixon for most wins among active drivers. Despite the amount of wins Power has stacked up, he is still best known at “That guy that flipped the bird to race control on live TV.”

While Dixon’s name is beginning to be mentioned in ‘best of all time’ discussions, Power’s, not so much. You can almost draw a parallel with a guy like Michael Andretti who was, arguably, one of the best to ever strap into an open-wheel car. Despite the fact that he was the winningest driver of the entire CART era, he is pushed a bit further down in the discussion due to a lone championship, and the glaring omission of an Indy 500 win on his résumé.

After Sunday, Power needn’t worry about any glaring omissions, and he is acutely aware of the significance of Sunday’s win and how it will affect his legacy.

“Absolutely, it was the last box to tick, to be considered as a very successful driver.” said Power, post-race. “I’m not done. I’m not done. Like, I still have plenty of time left to win more 500s and championships and races.”

With two consecutive wins on the current season, at the IndyCar Grand Prix and now at the 500, Power sits atop the Verizon IndyCar Series points standings, holding a narrow margin over Alexander Rossi. There is a long list of drivers, including names like Rutherford, Rahal, Fittipaldi, Unser Jr., Hornish, Franchitti and Dixon, that have ridden the wave of momentum that comes with an Indy win right to the season championship.

Despite being overshadowed by his Team Penske teammates, Simon Pagenaud and Josef Newgarden, in recent years, the momentum has shifted solidly in Power’s favor over the past month. It will be a tight battle through the summer, but I like Will’s chances.

Next up for Will Power and the Verizon IndyCar Series is the double-header on the Raceway at Belle Isle, a course where Power has won twice in the past. The Dual in Detroit goes down June 2-3 and will be broadcast by ABC-TV.