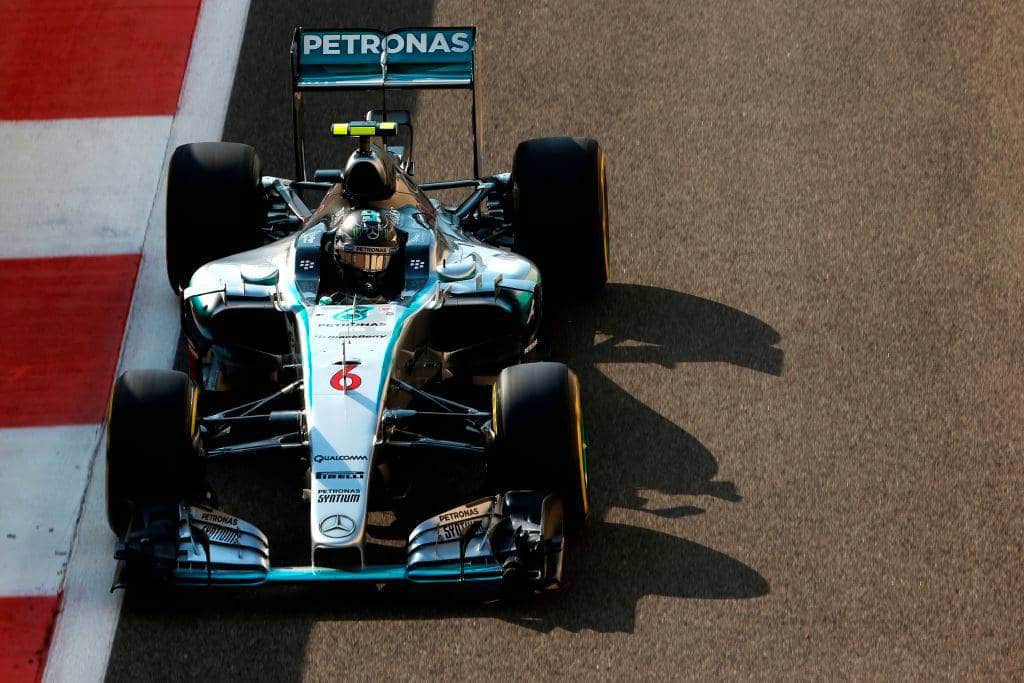 Nico Rosberg collected his 3rd win on the trot, winning the Abu Dhabi Grand Prix over teammate Lewis Hamilton and Ferrari’s Kimi Raikkonen. Rosberg also took pole position for the 6th time in a row. He will now enter the off season with confidence that could have been shattered by Lewis Hamilton’s dominance throughout the bulk of the season.

Mercedes and Ferrari dominated the podium in 2015

Rosberg will leave Abu Dhabi knowing that he has the potential to defeat Hamilton, which was a question mark three races previous. The money question is can he do it when the World Championship is at stake? As much as this may sting Hamilton, this might have been the best thing that could have happened for the 3-time World Champion. Hamilton will enter the 2016 season with the experience of a 3-time world-beater, but there will be a small chip on his shoulder at having to answer the questions about Rosberg’s end of the season run.

Rosberg has 3 wins in a row. Can he continue when the championship is on the line?

Rosberg attributed his success to simply driving better and being faster than Hamilton after the championship was decided. Hamilton explained things differently. Hamilton said that the car was changed in Singapore and from that point on, it was never truly to his liking. With drivers of this caliber, it can be the smallest of margins that turns the tables in favor of one of the other. Now, the tide is with Rosberg!

Kimi Raikkonen took the final position on the podium and Sebastian Vettel followed behind in 4th place. Vettel, surprisingly, was knocked out in Q1 of qualifying when Ferrari mistakenly thought they had the pace to move into the second round. Vettel wound up starting in 16th position. He made quick work of the backmarkers and drove a smart and tidy race to easily finish in P4, capping what had to have been a pleasing recovery year for the Scuderia. The renewed performance will increase the pressure to perform next year in Maranello.

Sergio Perez and Nico Hulkenberg again brought strong results for Force India with Perez in 5th and Hulkenberg 7th. Perez in particular has had an emerging year where he seems to have recovered his reputation after the year at McLaren.

Sergio Perez had a strong late season for Force India

Daniel Ricciardo split the two Force India charges coming home in 6th position. Teammate Daniil Kvyat brought the second Red Bull car home in 10th position. As usual, Red Bull brought a fantastic chassis to the 2015 party which was never fully realized due to the shortcomings of the Renault power unit. Christian Horner announced that Red Bull have an engine deal for 2016, but stopped short of detailing who the supplier will be. It is expected to again be Renault but perhaps with different badging.

Romain Grosjean finished his final race for Lotus with another impressive performance, bringing the Lotus E23 Hybrid in 9th position, one spot ahead of Williams Felipe Massa. Grosjean started the race in 18th position due to poor qualifying and a gearbox penalty. He again showed his sheer talent with some dramatic moves to grab points in his finale. Grosjean is a terrific addition to the new American based Haas F1 Team next year. Grosjean, who grew up with the Enstone team, will make a move similar to that of Lewis Hamilton when he left McLaren to join Mercedes. Hopefully for Grosjean and Haas, the results will be similar!

Grosjean finishes a fine run for Lotus, moving over to Haas F1 Team.

Max Verstappen, who has had a fantastic rookie season, ended on a down note with a finish of 16th position. Adding insult to injury, Verstappen was given 3 penalty points and two time penalties during the Grand Prix. In the first incident, leaving the track and gaining an advantage, he was given a 5 second time penalty and 1 penalty point. In the second incident, he had 20 additional seconds added and 2 penalty points for ignoring blue flags.

The time penalties dropped his finishing position from 12th to 16th and the penalty points leave him 4 points short of a race ban. Given the prodigious talent of the youngster, the lessons learned during the 2015 season will only make him come back stronger next year.

Button’s issue was nothing compared to that of Fernando Alonso, who was issued a drive through penalty and 2 penalty points for causing an opening lap collision with Pastor Maldonado. Maldonado spoke afterwards, suggesting that had he caused the wreck the media would have been merciless. “Imagine if it was the other way around – big news”

Alonso, on the other hand, said that he was hit in the rear from Sauber’s Felipe Nasr and was flabbergasted at being awarded penalties. Alonso brought the FIA into the conversation stating the inconsistent interpretation of the rules is driving away the F1 fan base.

What a way to end a season. A worthy champion and a teammate with lots to prove with drama surrounding the rest of the paddock!

Have a great break, you have earned it! We look forward to having you back