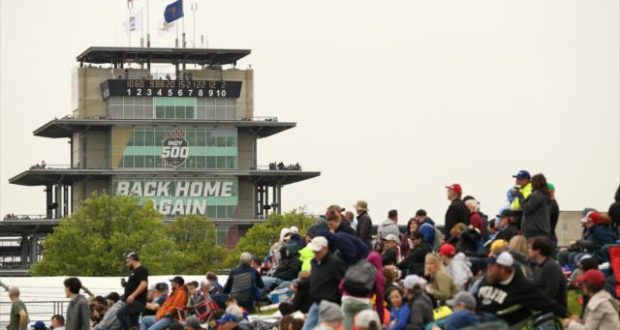 Saturday’s GMR Grand Prix at the Indianapolis Motor Speedway Road Course may be the second round of the 2020 NTT IndyCar Series season, but it’s the start of the busiest month for the drivers and race teams.

Due to the rescheduling of the now 14-round championship trail, five races fall in the month of July in a span of 15 days, beginning at 2.439-mile Indianapolis road circuit. Two doubleheader weekends at Road America (July 11-12) and Iowa Speedway (July 17-18) will follow.

Knowing this, Team Penske’s Simon Pagenaud and Ed Carpenter Racing’s Conor Daly discussed about the upcoming challenges of having five rounds in three weeks during Tuesday’s video conference leading up to the GMR Grand Prix.

When it comes to Daly, he won’t be driving all those races for ECR as he’ll run for Carlin at Iowa, much like he did at Texas Motor Speedway June 6 where he scored a superb sixth-place finish after starting 19th. 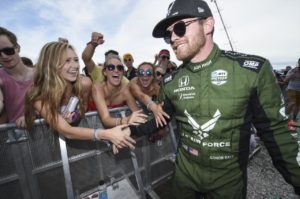 Daly commented that the biggest challenge this month is getting through the doubleheaders (where fans will be allowed to attend), but this particular task is where he feels the sport can showcase they’re up for the grind that lies ahead.

“It will really test us and put us on the limit. But that’s why we do what we do. We want to be the best athletes we can be and the best drivers we can be. It’s on us to be as prepared as possible,” said Daly.

“The key is, if you have a decent day in the first race, how do you make it an even better day for day two? You know what I mean? Each time on track, you’re going to have to do the best job possible. Use race one as a test session for race two if you’re struggling a little bit,” Daly added.

Pagenaud kept an eye of the NASCAR Cup Series doubleheader at Pocono Raceway last weekend, noticing how the competition level changes from one day to the next. While the competitors are drained and tired, decision making side of things still has to be on point, according to the reining Indianapolis 500 champion.

“First day you’re going to have some really good cars. The next day everybody gets better, like Conor said. The second day is actually really, really tough racing day where you’re a little bit drained from the day before. Decision making is going to have to be on point despite being tired,” said Pagenaud.

“We’ve had some practice with Detroit. It’s grueling. The IndyCars are extremely physical cars. It’s going to be hot again with the new windscreen as well. A lot to take in combination there.

“I have no doubt it should be an amazing event. But certainly second race will be interesting to see who gets better.”

If there’s one thing you’ll get from Daly, it’s that he’s beyond ready to run the real deal rather than sit on the “darn” simulator room “for way too many weeks.”

“I feel really good myself. I’m lighter than I’ve been starting a year before. I feel good,” said Daly.

“Obviously this weekend will be new for us. We’ve done some road course testing, of course, with the windscreen. But it’s going to be a good old Indiana summer day, plenty of humidity, nice and hot. That will be really tough I think. It will be really interesting.

“I’m ready to get back to the real race car and be sweating as much as possible because that means we’re out there doing work and I can’t wait.”

Pagenaud also sees the adjustment as an advantage due to tons of training to conquer the summer heat that’ll be added with the Aeroscreen which the INDYCAR competitors will run for the first time on a road course. 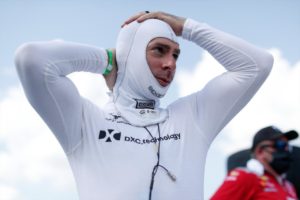 “Everybody I think in the world has been going at an interesting slow speed to going flat out,” said Pagenaud. “I think the advantage of it is we’ve all been able to train a lot, get ready for the heat. Obviously, the added windscreen makes for quite a hot day every day in the racecar. That’s also going to be an adjustment.”

On a personal level, a very in-shape Pagenaud is not just ready to score a fourth Indy road course victory, but compared to most years, his mindset is simply winning in the toughest stretch of the INDYCAR campaign.

“I’m personally ready, ready to go, couldn’t be any more ready, to be honest with you. It’s the best shape I’ve ever been in in my career,” said Pagenaud.

“I actually looked at the schedule yesterday. We’re basically starting in July. October it’s going to be over. It’s half the season really, just as many races in half a season. It’s going to be compact, intense. We all know that INDYCAR racing is extremely intense.”

Live coverage of the seventh renewal of the GMR Grand Prix begins July 4 at Noon EST on NBC. The race length consists of 80 laps.