Silly season will always be the talk in motorsports and IndyCar isn’t immune to its wild nature. There are drivers who are looking to prove their worth elsewhere or in some cases, redeem themselves.

In this third installment of our previews, we’ll highlight four drivers who’ll either return to a familiar team or starting a brand new page in their careers — James Hinchcliffe, Felix Rosenqvist, Alex Palou and Ed Jones.

WRITER’S NOTE: Colton Herta is another driver with a new ride, but he’ll be on the final installment as he finished inside the top-five in points last season. Herta will pilot the No. 26 Andretti Autosport Honda in 2021. 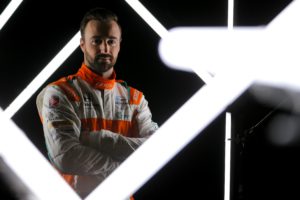 Out of the four, “The Mayor of Hinchtown” is technically the only one who’s driving for a familiar team from last year. The main difference is that he’s back as a full-time competitor and the No. 29 team will have George Steinbrenner IV as a co-owner.

Steinbrenner’s involvement with Andretti Autosport has proven to be successful when Colton Herta drove for him the past two full seasons. It’s resulted in three wins, four poles and four podiums, capped off with a third-place points finish in 2020.

Therefore, expectations are high for Hinchcliffe to make most out of his second chance with Andretti. He drove in six races last year, including the final three rounds when he replaced Zach Veach.

In those races, his best finish was 13th in the second Harvest GP. Beforehand, he was scheduled to run Texas, the Indy GP and Indy 500 where a seventh in the latter being his best performance of the season.

The stakes are high for the former Indy 500 pole sitter, knowing he’ll have to perform well. At the moment, it’s a “one-plus-one” deal for Hinchcliffe.

“It’s huge to be coming back to the same program. I think if you had to start from scratch again, it would certainly take a little bit longer to get up to speed. I feel like we can really kind of hit the ground running, like I said,” said Hinchcliffe.

“The engineering staff that I’m working with is a little bit changed from the races last year, but for the most part it’s a lot of familiar faces, so I think that’s a huge advantage.

“Expectations for the season are like any time. We’re not going to know what we have until we get to that first race,” Hinchcliffe added. “And certainly going off the tail end of last year, I think the team was very strong across all the cars, and we’re kind of hoping to keep that pace up and that momentum up.

“If we can have a good sort of first stint here going into the month of May and the season, it’s going to set us all up for a good shot at being in the championship fight come Long Beach.” 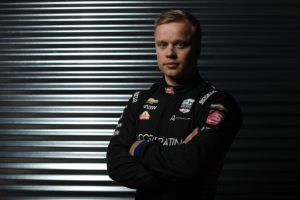 Despite capturing his maiden victory at the second Road America race, Rosenqvist had a rather disappointing season.

After having a superb rookie season in 2019, Rosenqvist wasn’t able to give Scott Dixon a run for his money. It ultimately resulted in the Swedish driver finding a new team in Arrow McLaren SP, replacing Oliver Askew.

He’ll be teammates with the man he had to beat at Elkhart Lake. That being young sensation Pato O’Ward, who finished an astonishing fourth in points.

Both men have the ultimate task of bringing the Chevrolet powered team to the promise land. Hoping to be the team who’ll duke it out with Penske, Ganassi and Andretti on a regular basis.

At the moment, all is really good between the duo according to Rosenqvist. Not only that, having two full-time entries compared to the top squads having four or more does have its perks.

“We’re a two-man team or two-car team, which is obviously a different dynamic than having three or four cars,” said Rosenqvist. “I think it’s really important that you need to work in the same direction, you need to be able to share everything between you.

“It’s a very tight team that’s only focused on IndyCar. There’s nothing else going on. We have two cars and that’s it. That’s everyone’s focus.” 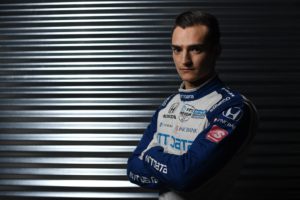 The man who’ll take over Rosenqvist’s departed ride at Ganassi started 2020 as an unknown to the sport. After 14 rounds, some were impressed with Palou’s runs with Dale Coyne Racing.

This was highlighted at the Road America doubleheader. In those races, he scored a third and a seventh, proving once more that Coyne struck gold with a racer.

The only major detriment Palou had in his rookie campaign was his three crashes at Texas, Indy 500 and the second Mid-Ohio race. For a team that doesn’t have the biggest budget in the sport, it does hurt.

Nevertheless, his other runs caught the eye of Chip Ganassi and decided to hire him. Of course, people will have expectations like whether or not he’ll be legit brave in challenging Dixon. Something the team hasn’t had since Dario Franchitti’s career ended at Houston in 2013.

Palou has a different approach than some drivers and that’s not having any expectations, but targets.

“The target is to win some races, to fight for the championship,” Palou added.

“I think this year there’s, like, 12 drivers that are in the same position, with really good cars, some experience and with the hunger to win. It’s not going to be easy, but we’ll try to make it.” 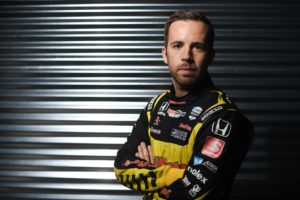 The 2016 Indy Lights champion has had a tumultuous career. What started off positive with a third in the 2017 Indy 500 for Dale Coyne has since led to a rocky road.

While he scored two more third-place finishes a year later with Ganassi, there was growing pains. Poor finishes and underwhelming performances plagued the Emirati-born British racer. When he moved to Ed Carpenter Racing in 2019, his results weren’t ideal and was out of a ride.

“Not being able to race (last year) was probably the first time in I don’t know how long that I’ve been out of a season in whatever series it is,” said Jones. “It was always thinking about what to do next. I really got the hunger to come back for IndyCar.

With Santino Ferrucci moving to the NASCAR Xfinity Series and only running the Indy 500 for RLL Racing, the flagship car for Coyne became available. Jones got the vital call and will reunite with the team he started his IndyCar career.

Unlike previous years, Jones is viewed as the lead driver of a race organization. All in large part of his experience compared to Romain Grosjean, Pietro Fittipaldi, and heavily rumored Cody Ware.

There aren’t any pressure of being the leading member because he’s hoping to have a positive season.

“At the end of the day you’re still there doing the same job, just trying to go as fast as possible, work with the team as well as possible,” said Jones.

“Had a phase of that actually in my rookie year when Seb (Bourdais) unfortunately had his injury. It’s not the first time I’ve had to do it. Looking forward to the challenge.”