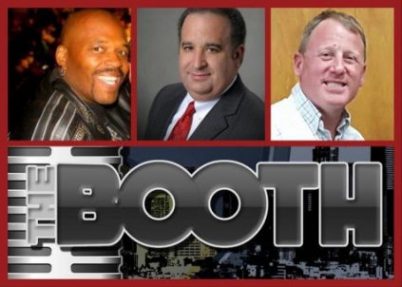 Topics for the night…

Special Guest Deana Martin will be on to chat about the recent news of “Baby It’s Cold Outside” being PC’d by John Legend & Kelly Clarkson.

The Vaping & Flavored Tobacco Ban passes which will impact many stores in 2020 as Menthol flavors must also be removed from the shelves.

A True Hero – Former McDonald’s worker Cody Bondarchuck in Canada admits to putting 11 nuggets into 10 Piece Boxes during his career.

Pats Rookie Chase Winovich surprises his mother with a new car in a touching IG Video.

QB Mason Rudolph received a fine for his involvement in the Browns/Steelers fracas while Myles Garrett claims Rudolph called him a racial slur which triggered the “assault”.

The XFL blocks the NFL’s Detroit Lions from talking to QB Josh Johnson of the LA Wildcats after QB Jeff Driskel’s 3 INT loss to the Redskins.

Frozen 2 took home Top Honors last week & the trailer for “Call of the Wild” featuring Harrison Ford & a CGI Dog is brewing up some debate that has been discussed in the past on “The Booth” Disney+ “The Mandalorian” which is three episodes in has surpassed “Stranger Things” for the Most Streamed Show in America & “Godzilla vs King Kong” has been pushed back to Nov. 20, 2020.

The House Committee approved a landmark bill legalizing Marijuana at the federal level… It’s not the BIG ONE, but it is a start & the Trooper Claridy case ends in a Split-Decision between the Manslughter/OUI Charges

The Navy wants to eject Chief Petty Officer Edward Gallagher from the SEALs after President Trump reversed the decision.

Pompeo may have orchestrated the private meeting (that was cancelled) between President Trump & Zelensky which would have been the promise to do the Biden investigations.

With the Impeachment Hearings completed both parties are claiming victory, but in the end there was some very damaging information.

These will be some of our topics on “The Booth” and don’t forget if you join & converse in our FB Live chat you can win a FREE t-shirt courtesy of ILoveBostonSports.com!