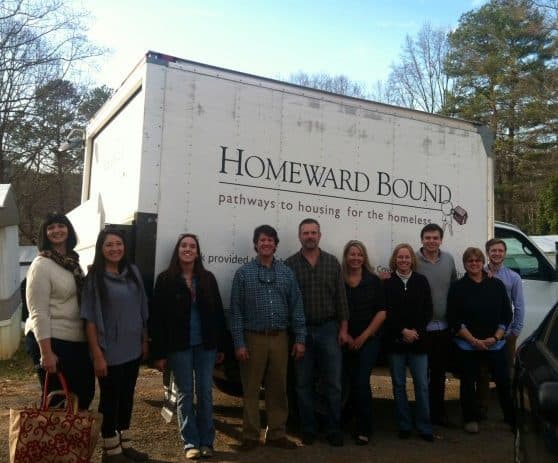 “We all have a way to bring light to others.” Tamara Reynolds

Every now and then you run across someone who actually doing something to help others, and not just waiting for someone else to do something.. Tamara volunteers with AHOPE in Ashville, North Carolina. AHOPE is the Day Center for Homeward Bound. Homeward Bound works to end chronic homelessness by placing the homeless in housing. This approach is based on the Housing First Model (House First Model Information) which states that it is better to house homeless first and then provide services to keep them in their home.

I have seen this work and think it is a better method for long term success. I wanted to talk to Tamara because even though she does not volunteer for a Veterans only homeless center, she works with homeless veterans who make up a sizeable portion of the homeless population for Ashville, NC. I believe that her perspective of seeing homeless as human beings to be treated with dignity is something we need to hear.

Tamara talked about how important socks, nail clippers and feminine hygiene products were to someone who is homeless. She understand how difficult it can be for someone to request something that is so ordinary to many of us in our day to day lives. She enjoys making someone feel like they matter, and thinks that is where it all starts with getting someone back on their feet.

I asked Tamara how people can help her outreach efforts for homeless in the Ashville, NC. What she said in the podcast was something I encourage everyone to take to heart. I am paraphrasing, but Tamara said that while she appreciates all the help she gets from people, she would ask everyone to start locally in their community to make changes. She provided this link to the National Homeless Shelter Directory so you can start advocating in your hometown.

I want to thank Tamara for coming on Oscar Mike Radio to talk about her experiences in working with homeless people. I would encourage you to donate to some outreach effort in your community. You may be like Tamara, and bring some light and dignity to someone who needs it. 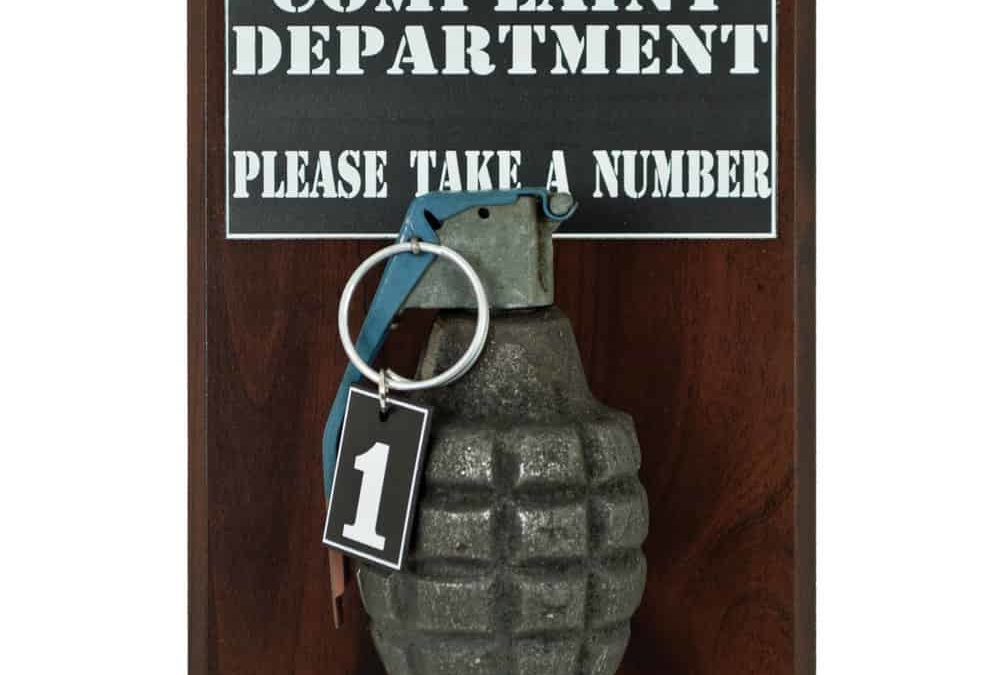 I can’t believe this is the last episode of 2016. I really enjoy doing Oscar Mike Radio and on many levels I have gotten more out of this than I thought possible a year ago.

I was asked what does 2017 have in store for Oscar Mike Radio? 2017 will continue as 2016 ended. This means I am getting better and producing content, but more important I continue to work to give voice to those in need and those who are trying to help. I want focus on veterans who have started or are in business for themselves.

I think there is a lot to learn and I want to support these men and women who are trying to build something.

I also want to say that if these is someone you know who supports veterans or active duty and needs a voice to reach out to me. I would like to talk them and tell their story.

The Complaint Department is real. I wanted to do something with my podcast that would break away from The Word which is sometimes serious. Especially when I am trying to get make numbers and statistics seem relevant.

These two knuckleheads have been there from the beginning. Thanks guys

POG (Person other than Grunt) and GRUNT were there from the beginning and believed in what I could do before anyone else did. They were always complaining about something so it seemed to work for what I was trying to do. Us military types are only happy when we have something to gripe about. I appreciate their support and how they keep me smiling when I am on the grind.

These two have some ideas they are cooking up for Oscar Mike Radio. I like talking to them because they have no problem telling me when I could do better, and are the first ones to tell me when everything went right.

POG was on assignment this week, so Grunt talked about some of his experiences.

This was fun to do, and I am looking forward to having them back.

I will do a Unit Shout Out and Upcoming Events next week. Have a safe and Happy New Year everyone!

This is not so much a question, but answer. Since day one I have been asked about getting the show on ITunes or Google Play. It is already on SoundCloud.  The team at Whoobazoo.com made this happen for me, and listeners couldn’t be more happy.  I also have Oscar Mike Radio on Stitcher. You can access the shows from these links:

The Word – Toys for Tots

As I said, the more I do this the more I realize I don’t know. I had no idea that the Toys for Tots logo was made by Walt Disney. I had no idea that the Boston Area Toys for Tots did so much. Vinny, who is an older Marine, showed me around and was pretty proud of what they were doing. He should be. Many kids are getting toys this year because of work he and his team do.

It was cool seeing the Jack Daniels people working to sort toys.

They had been coming here for the last 5 years and had already committed to coming back in 2017. I enjoyed getting to talk to Mrs. Kay. I could have spent hours listening to her times in the Marine Corps.

I hope if you get a chance to support or volunteer for Toys for Tots nationwide that you will leap at the opportunity. This is an organization that has helped kids for over 60 years.