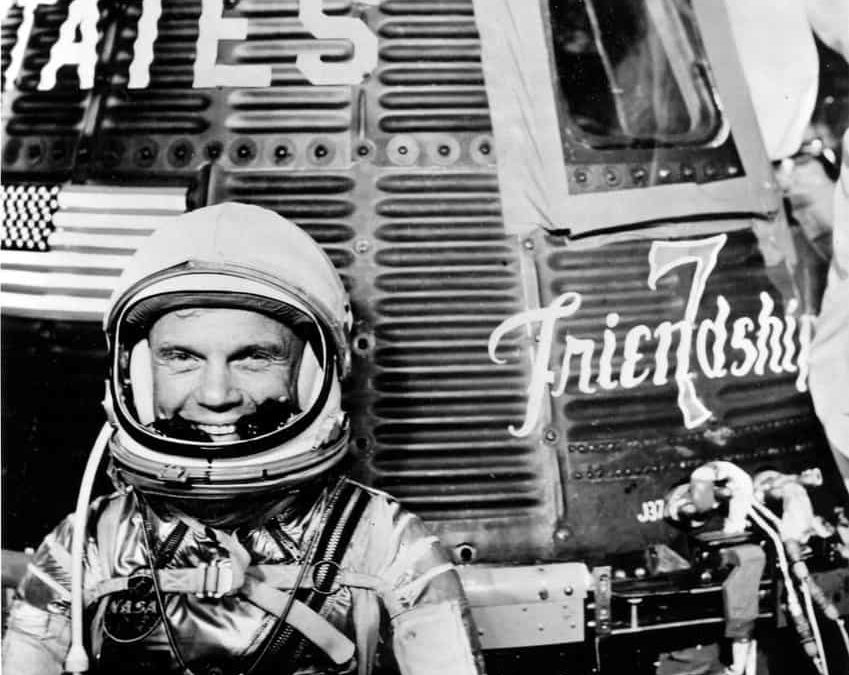 Do you think we will be attacked again like we were at Pearl Harbor? I had to think about this one. I don’t know if someone will be able to replicate something like Pearl Harbor in this day and age of satellite coverage and early warning systems.

Space and space exploration always interested me. I studied John Glenn and his historic orbit around earth in the Friendship 7 all through school. It never ceased to amaze me. Look at his NASA Profile and you will see a man who is calm, cool and enjoying life all while wearing Ray Bans and Converse Chucks. Watching the movie, The Right Stuff, only added to my admiration for the men and women who took America in to space.

WWII Pilot, Test Pilot, Korean War Pilot, Astronaut, and Marine. John Glenn was the oldest human to go into space successfully. Advocate for the elderly when he became Senator from Ohio. I also want to note that he was an astronaut without a college degree. John Glenn joined the Army Air Corps when Pearl Harbor was attacked, and thus began his journey and did not finish his degree. I don’t think that would ever happen now.

This week they are both happy and sad. Happy that they have something to complain about, sad that there will be one less thing to be happy about. The M9 Beretta Pistol is slated to be replaced. None of us liked the pistol. I can join in and say that I will not be sorry to see it replaced. This has been a long drawn out process so when a new service pistol is selected it will cause for celebration.

Friday December 10th was the Army/Navy Football Game. The shout out goes to the Army Football Team who beat Navy after a 14 year drought.