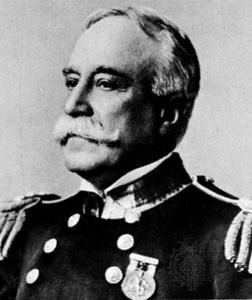 How’s it going everyone? I will ask the question this week. The OMR logo has classic look that has been here since day one. I needed to update some things and my producer – Sinista1 a.k.a Keith Hayes asked me to try to use green/gold combination and see what happens. The image on the left is the idea for the new color scheme. The artists is going to incorporate some black, but this is direction I am looking at going.

What do you all think? If you want to sound off about this, let me know – travis@oscarmikeradio.com or on the Oscar Mike Radio Facebook Page

Like I said in my podcast, I was sipping on my Polar Mandarin Orange Seltzer when I saw this video hit my OMR Facebook Feed – [embedyt] https://www.youtube.com/watch?v=8nOynz3dcqQ[/embedyt] – I thought this was some comedienne trying to make a name for herself. I was wrong, and so it is with great pleasure that I want to introduce Megan Bruce, Marine Veteran and comedienne who has no problem going scorched earth on someone. I am hoping to have her on Oscar Mike Radio, but until then like the video and hit that subscribe button to stay in the know. OMR sends, you won’t be sorry. Check out the Megan Bruce Facebook Page.

What do you know about Dewey Square? Most people will tell you that it was the site of Occupy Boston, and not give a second thought to it’s namesake. Did you know that Dewey Square by South Station in Boston was named after a Navy Legend? Admiral George Dewey is the only Naval Officer ever to receive the rank of Admiral of the Navy. Looking through Admiral Dewey’s career and realized I couldn’t cover everything in 30 minutes.

I wanted to raise awareness about a name that is associated with protesters who trashed Dewey Square. I know because everyday of the Occupy Boston Protest I walked by it twice a day.

Admiral Dewey was an American Hero. More than anything else, I want to find out more about other landmarks that are named after military veterans.

Love the shout out to the Marines!