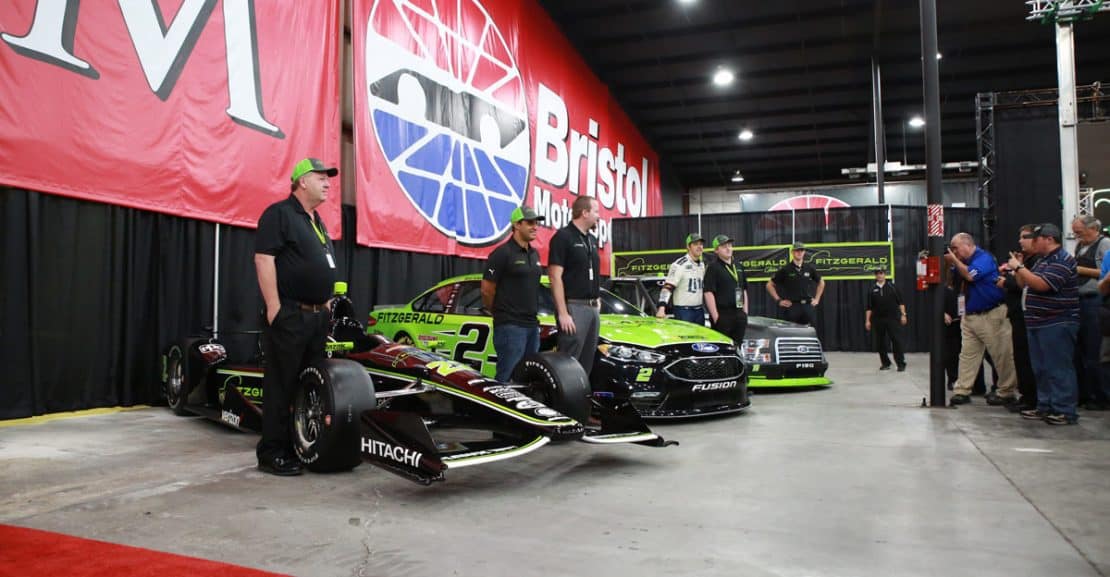 When home improvement giant Lowe’s announced they were leaving NASCAR at the end of 2018, it wasn’t just the drop of the other shoe. It was more like the latest in a series of shoes falling out of an overstuffed closet.

One of only a few high-dollar, full-season partners left in American motor racing, Lowe’s follows Target, Home Depot, UPS, Subway, Sprint, Kellogg’s, Kodak, Best Buy and General Mills who have turned their back on motor racing citing ‘new marketing strategies’, ‘other strategic initiates’, ‘reevaluation of investment’ or whatever corporate lingo spells out the fact that they just weren’t getting enough bang for the buck.

Other companies that formerly supported a full-season have scaled back their involvement in order to keep their name in the game, albeit with a much smaller price tag. Interstate Batteries only appears in a handful of races on the Kyle Bush car, and long-time racing mainstay, Miller Beer, has reduced their support of Brad Keselowski to just eleven races for 2018.

In both NASCAR and IndyCar, it is quite common these days to see your favorite driver sport a host of rotating liveries throughout the year as the teams need to cobble together various agreements to sustain a full season of racing.

On top of that, the dollar amount of these sponsorship packages has decreased. Once upon a time, a team owner could dictate the price tag of the space on the car, often commanding 20-30 million dollars annually for a Cup Season. That dynamic has reversed in recent years, with many team owners taking what they can get, and cutting costs elsewhere.

Look no farther than entitlement sponsorship for evidence of this. When Sprint signed on as the Cup Series title sponsor, the deal was for ten years worth a reported $750 million dollars. Current Series sponsor, Monster Energy, is on a season-to-season option paying around $20 million a year.

NASCAR, however, as an organization, is rather solvent based on the long-term, multi-billion dollar television deals that both Fox Sports and NBC Sports locked themselves into, perhaps short-shortsightedly. This may be a different story when those contracts come up for renegotiation, unless the sagging interest turns itself around.

For the teams, the reduced sponsor income means layoffs at the shop, and in some cases, shuttering of the team. For the drivers, high-dollar contracts have become a thing of the past. Jimmie Johnson, with two years remaining on his contract, is likely the last of the mega-dollar drivers in the sport.

Retiring stars like Jeff Gordon, Dale Earnhardt Jr., Carl Edwards, and Matt Kenseth have been replaced with young drivers that will drive for a fraction of the previous payroll costs. Other drivers, like Kurt Busch and Brad Keselowski, have accepted renegotiated contracts that blend a lower base salary with performance clauses that promise a larger cut of the prize money.

Denny Hamlin recently made some comments to the effect that NASCAR drivers are underpaid. His musings caused a backlash, because, seriously, it’s hard to listen to a guy who just put the finishing touches on a 30,000 square foot lakeside mansion whine about money.

But, considering the back half of the grid, and the young guns in top rides, Hamlin actually has a point about risk vs. reward. However, the harsh reality is that the amount of money paid to a driver is directly proportional to the amount of money coming into the sport. When that number decreases, it effects every person in the sport, from the Cup Champion driver all the way down to the custodian that puts a professional shine on the shop floor.  Sorry, Denny, race drivers will not collect NBA salaries if the sport does not generate NBA money: end of story.

For drivers in the Verizon IndyCar Series, reduced driver salaries have been a reality for quite some time. In fact, there are only a handful of drivers on the grid that actually collect a paycheck from a team owner. Many drivers in the sport are expected to have a sponsor in tow, or some personal wealth they don’t mind parting with, before attempting to hawk their skills to a team owner.

The good news here is that after a few decades of this practice, the stigma that a “pay-driver” has no business being on the track is beginning to vanish. Because pay-drivers have become so prominent in both North American and International racing, drivers learn from a very young age how to negotiate with potential sponsors, and how to put these deals together. The net result over the years is that we have pay-drivers that can actually drive, and drive well. Current drivers that are bringing funding to a team, like Zach Veach and Jordan King, look like Prost and Senna when compared to the Milka Duno’s and Hiro Matsushita’s of the past.

In contrast to NASCAR, that seems to be on a downward slide that they refuse to acknowledge, the IndyCar Series is on the way back up after a long down period. Many within the sport are optimistic about the future of the series, and at the 2018 season-opener in St. Petersburg, there were 24 cars on the grid and nearly every one of them had a primary sponsor.

The changing landscape of racing sponsorship also includes the goal that the sponsor hopes to achieve. Racing sponsorship used to be simple, direct-to-consumer marketing. Auto makers funneled money into racing with the mentality ‘win on Sunday: sell on Monday.” Gasoline, tires, motor oil, filters and other auto parts or accessories were also natural partners.

When cigarette advertising was banned from television and radio in 1971, tobacco money poured into the sport keeping their name and logo on television. It was Winston that helped transform NASCAR from a regional series into a National empire. Mario Andretti’s iconic helmet design is, in fact, actually the logo of Viceroy cigarettes.

With big tobacco money fueling the sport to the next level, and racing gaining popularity, more and more consumer brands began to jump on board. Beer and soda have always had a natural pairing with sporting events of any kind, but this period began to see products with little or no connection with automobiles become major partners. Coffee, laundry detergent, cookies, mayonnaise, cereal, department stores, grocery chains, vacuum cleaners, airlines, the military, politicians running for office, and pharmaceutical companies have all adorned the sides of a race car. What they sought, and got, was brand recognition and increased revenue from sponsor-loyal race fans.

Tobacco money was eventually legislated out of sports sponsorships for good, but the plethora of consumer goods corporations funneling money into the sport kept things just fine for a time. The game began to change with the advent of social media and internet advertising that allowed a more cost-effective and precisely targeted way to reach out directly to the consumer.

Now, IndyCar seems to be ahead of the curve on NASCAR with alternate strategies. With a shorter schedule and several successful cost-cutting initiatives introduced over the past few years, IndyCar has become a rather economical series that still displays the cutting edge of motor racing. On top of that, it includes the Indianapolis 500, which is still one of the biggest sporting events on the planet. Four new teams on the grid, and several new sponsors on board are a testament to this.

Yes, direct-to-consumer marketing still exists in IndyCar, as evidenced by Fuzzy’s Vodka, Menard’s and Verizon Wireless. However, some of the other names on the sidepods may not be familiar to you, simply because consumer marketing is not the primary objective of the partnerships.

Arrow Electronics, primary sponsor of the Schmidt-Peterson Honda of James Hinchcliffe, specializes in the distribution of electronic components and computer parts. If you are not in the business of building computers or installing systems for clients, you are unlikely to purchase anything through Arrow. IndyCar, however, offers the company an avenue to showcase their technology, and attract potential big clients. Similarly, NTT Data, partner to the Chip Ganassi Team, offers IT solutions to major corporations, using racing as a network to attract potential clients.

Roger Penske’s cars sported Fitzgerald Glider Kits livery for a few races last season on both the IndyCar and NASCAR teams. Fitzgerald manufactures ready-to-assemble trucks for the OTR shipping industry. Unless you happen to be a CDL driver that owns his own equipment, you’d be unlikely to run out and buy a Fitzgerald Kit simply because it was on Josef Newgarden’s car. However, seeing as how one of Penske’s other business interests is truck leasing, the symbiotic business-to-business relationship becomes crystal clear.

ABC Supply, longtime sponsor of A.J. Foyt Racing, is essentially a wholesaler and their target market are housing contractors. They utilize race weekends to entertain potential clients, introducing them to racing while signing them up to buy vinyl siding, windows, gutters, doors and roofing materials.

As the game continues to change, the series’ and teams that best to adapt and are the most creative will be the ones left standing.