Welcome to Drafting The Circuits -
Home : Blogs : Scott Dixon and the Case for Greatness 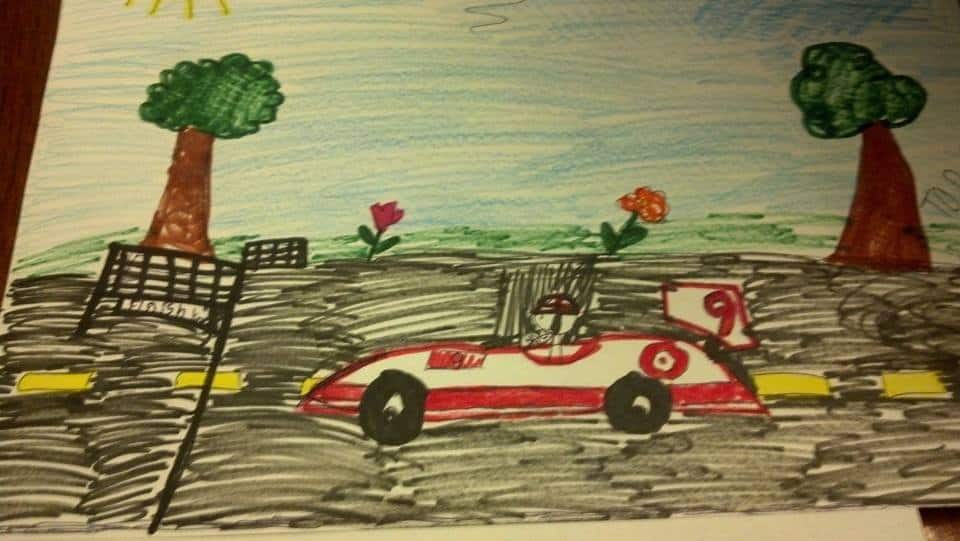 Scott Dixon and the Case for Greatness

New Zealand’s Scott Dixon made headlines this past weekend by taking home a fourth Verizon IndyCar Series Championship in spectacular come-from-behind fashion. In the wake of this, there is a lot of talk as to Dixon’s legacy as one of the best ever in the sport.

I can’t disagree with any of that talk, as I firmly believe that Dixon will indeed be remembered as one of the greats. The problem with that speculation, is that Dixon has a number of good years left, with no signs of slowing down any time soon. Dixon is showing that he is currently in his prime, and his best years may actually still be ahead of him.

Undoubtedly you noticed the child’s drawing that was used as the cover image for this article. There is a special reason for that. The artist that drew it is my daughter, Samantha. In 2007, it was Samantha that caused me to take a harder look at Dixon as a driver.

Prior to that, I had no strong feelings for Dixon one way or the other. I felt that he was a skilled driver, with a strong team and a worthy competitor. I was present at his first CART win at Nazareth during his rookie season in 2000. It was a fair win, but there was a little pit strategy and a lot of good luck involved.

In 2003, he took three race wins en route to his first series title. It was a well deserved title, but the footnote is that the Ganassi and Penske teams that had defected from CART had a lot more resources than the rest of the 2003 Indy Racing League. To say that the 2003 title was won against a diluted field is a fairly accurate statement.

In 2007, my daughter, who was three years old at the time, was looking through some media guides of mine and proudly exclaimed that Scott Dixon was her favorite race car driver.

At that time, she had never seen an IndyCar race and she could easily have picked any driver in that book.

“Why Scott Dixon?” I inquired.

“Because he has a red car, and he goes real, real fast,” was her reply.

Despite the fact that she was only three years old, her logic held water. Those are two absolutely undeniable facts. She remains a loyal Scott Dixon supporter to this day.

In the years that followed Samantha’s selection, Dixon put up a record that validated her choice. Consider the fact that from 2007 through the present year, Dixon has finished top-three in the final standings every single season, taking three more titles and an Indianapolis 500 win along the way.

All four of Dixon’s titles were won in different circumstances, but this most recent one must be the sweetest given the dramatic fashion in which he won.

The rules were the same for everyone, the Target Chip Ganassi team simply played the game to perfection.

Montoya made the statement that “Dixon had a shit season, and one good race.”

I guess Montoya wasn’t watching at Texas or Long Beach where Dixon scored victories. If you ask me, Montoya’s season following Indianapolis looks more like a shit season than Dixon’s.

All four of Dixon’s Championship runs do have one thing in common: the unwavering dedication and hard work of the Target Chip Ganassi Team. Dixon has called the team his home for fourteen years, an astonishing run in a sport that sees driver changes every season.

Only Helio Castroneves, at Penske Racing, has a longer tenure with a single team.  The familiarity that comes with working together for so many years certainly has played a factor in Dixon’s success.

With the milestone fourth title, and perhaps more in the future, Scott Dixon is indeed poised to be known as one of the greats. I’ve heard some comparisons here and there. Alain Prost and Al Unser are a few comparisons that I have heard, and a NASCAR fan I know has compared him to Matt Kenseth for his under-the-radar style.

Actually we shouldn’t be comparing Dixon to anyone, and in fact be comparing other drivers to Dixon. Surely there will come a time when a talented young driver is lauded as the ‘next Scott Dixon.’

Of course, that will be some time in the future as the real Scott Dixon will continue to provide excitement on the track in 2016 and beyond.