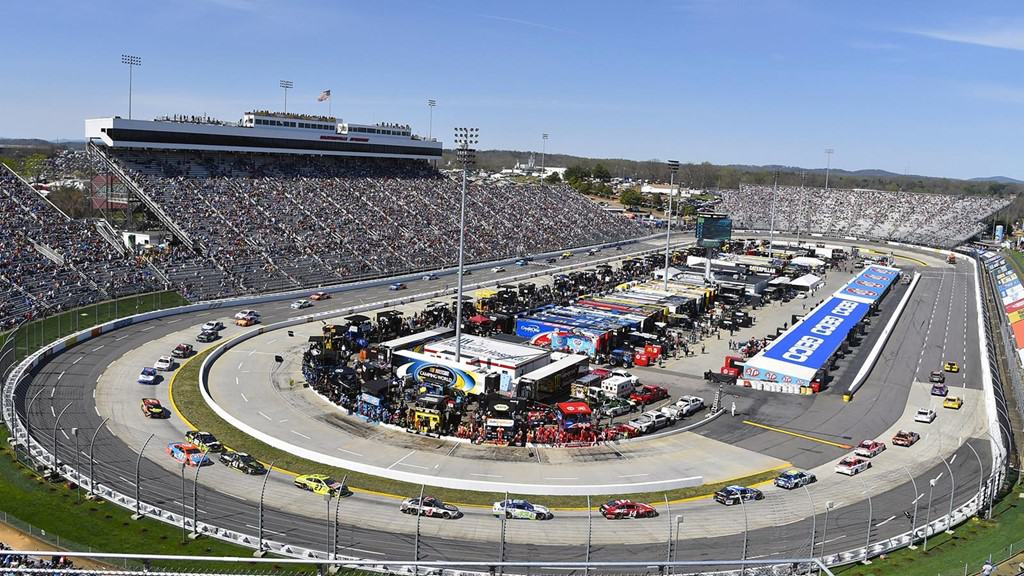 A new chapter into NASCAR’s future has few perks as they’re further separating themselves from tradition once more. For what? To spice things up like its a game of Russian roulette?

First off, I applaud the sport for making the Southern 500 at Darlington the playoff opener. A crown jewel event is the ultimate ideal start of the postseason and makes the most nostalgic weekend even sweeter.

Their attempt of a doubleheader at Pocono sounds promising, but I’m not crazy about doubleheaders in major motorsports except V8 Supercars. My stance is that doubleheaders are a cornerstone to their series and why it’s unlike any other sanctioning body. I wonder if they’ll change the race distance or stick with the 400 mile races, which could have ramifications if rain factors into the equation and say the Saturday race gets rained out, it could be the Pocono 800. Those are the things NASCAR must figure out relatively soon.

My favorite change is, no doubt, making Martinsville a night race on Mother’s Day weekend.  Short track racing on a Saturday night with the current package not being a difference maker: It doesn’t get any better than that, and could bring a nice, much needed buildup for the All-Star Race at Charlotte a week later.

As for the rest? Mushy, sour grapes, and sort of came off as copying IndyCar/CART’s method regarding both Phoenix and Homestead.

Coincidentally and likely unintentional, that’s what NASCAR did, which leads me to say this. For the first time since Loudon in 2001, there will be a new location for the finale which will be Phoenix on Nov. 8, while Homestead is set to take place on March 22.

The playoffs now emphasize short tracks with the inclusion of Bristol and the second date at Martinsville being the cutoff of who’ll compete in the Championship 4 in Arizona.

For starters, the finale should be a track they haven’t run yet. Also, its one of the better 1.5-mile circuits out there. Perhaps the best because its unique and brings some of the old Atlanta and Darlington vibe.

Don’t get me wrong, Phoenix is a nice alternative and the first West Coast track to host the finale since Riverside in 1986, but it’s not the same type of joy I got from the races at Homestead. That’s just the purist side of me not liking drastic changes.

Florida in the month of March will be chaos in the world of motorsports if Super Sebring’s 1000 Miles of Sebring (WEC) and 12 Hours of Sebring (IMSA) and the NHRA Gatornationals are still held in the same exact weekend the new Cup date takes place. Huge conflict for those hardcore racing fans because they’ll have to choose and while it may be cool on paper, but not the smartest choice to put it in March, especially that it may be clashing with sports car and drag racing that’s been established for a long time.

As for Phoenix, the only true question I’ve been pondering is whether or not the NASCAR K&N Pro Series West will host a race in 2020?

Their finale for the 2019 campaign is indeed at Phoenix, and say if they keep it, that’ll mean it’s going to be a quadruple championship weekend. Wouldn’t that be something and imagine if NBC Sports take advantage of this and air the K&N race live, which has been done in the past. Notably, ABC Sports airing the West race at Fontana in the late 90s.

However, what will kill this compelling concept is the upcoming Stock Car Invitational, which doesn’t include Phoenix. The only K&N West race tracks in the 10-race deal is The Dirt at Las Vegas Motor Speedway and Irwindale Speedway. To be eligible in the SCI, a driver must compete in six West races.

Time will tell how the schedule will look, and I certainly will keep an eye on it when the 2020 schedule is announced sometime this year.

Continuing the talk about the West, I honestly can do without Sonoma being moved a week early. What’s wrong with its current place? All just to move Pocono and also end the season a week early that drivers have been asking for ? That’s about it.

Also, I’ve read and heard people saying why not have a week off after the Daytona 500? Nope. That’s not happening as Las Vegas will be held afterwards to start the West Coast Swing with Atlanta now becoming the fifth race of the season.

No doubt it’ll be hell for the hauler drivers and race teams going coast-to-coast. I get their displeasure because that’s a heavy load, more so now heading into next year, and that’s why I’m on-board with the notion that after Daytona, rest up for a week and then head to Sin City.

That’s where all the optimism ends as the rest I just can’t support what where they thinking by killing any last ounce of tradition us purists have to relish.

My gripe of making Daytona the regular season finale goes deep than just the fact that it’s now at the tail end of the summer, it’s the replacement going to Indianapolis for the running of the Brickyard 400.

Yes, the one track that’s seen the biggest decline among all circuits gets the 4th of July weekend nod. Cry me a river, even if its 40 years in the making.

In 1979, Bill France, Jr. threatened to drop Daytona from that slot in favor of Indy the following year. This was all because tax authorities were unable to come into terms, but ultimately settled and with the exception of 1998, it has stayed in its traditional spot.

It seems they didn’t learn what happened when they moved the Southern 500 to November for the 2004 season. That ordeal was ugly beyond belief and the sanctioning body finally realized its botch a decade later.

Well, another tradition is gone which is blasphemous because Indy isn’t what it once was, which is a marquee event fans care about. Those days are dead and gone, which pains me to say because Indianapolis has so much dignity to depend upon.

The 2008 Goodyear fiasco was the beginning of the end for the sport’s once known second biggest race of the tour. What makes the swap less ideal is both circuits weather in those time periods.

Indianapolis is a scorcher in early July, and wasn’t one of the reasons for the move to September was to avoid the heat? Now they’re going backwards by putting it in early July? Doesn’t make sense to me.

Neither does Daytona because its at a time where hurricane season runs wild. Worse than hurricanes is the idea of being the regular season finale.

I’ve been extremely vocal about Daytona being an absolute crapshoot and the art of patience being obsolete. Excitement indeed but at what cost?

Just to stir drama like making drivers wreck their cars that could cost one or more guys a shot of making the playoffs?

All it does is give a team, who has no shot of winning at any other type of track besides Daytona and Talladega, a shot of winning by luck. Let’s face the music, if that happens, they’ll be eliminated in the Round of 12.

That’s almost certain but who’s to tell that a late August victory at Daytona could lead to a shocking playoff run. You never know with this playoff format and 2020 will surely validate that theory. Luck your way into the postseason with a win after beating 10 remaining cars.

Sure, it’s an upgrade for Race No. 26, but Daytona isn’t a wise choice. It’s asking for trouble that drivers and maybe some fans will loathe because it’s not an actual representation of racing.

That’s why I’m not a fan of Tuesday’s groundbreaking announcement. While ending another tradition brings new life to both tracks, it doesn’t mean I’m going to fully support the decision. Switching dates isn’t going to make a difference to the quality of racing. All it does is create false anticipation that’s keep happening constantly over the past decade.

Let’s hope for a refreshing schedule in 2021, where the true fun will set in and see which tracks return, get welcomed or even booted. For now, this shakeup is all we got, which I expected, but it doesn’t make the grade if you ask me.