Welcome to Drafting The Circuits -
Home : Blogs : New-Look Indy Car Set to Debut on the Streets of St. Petersburg 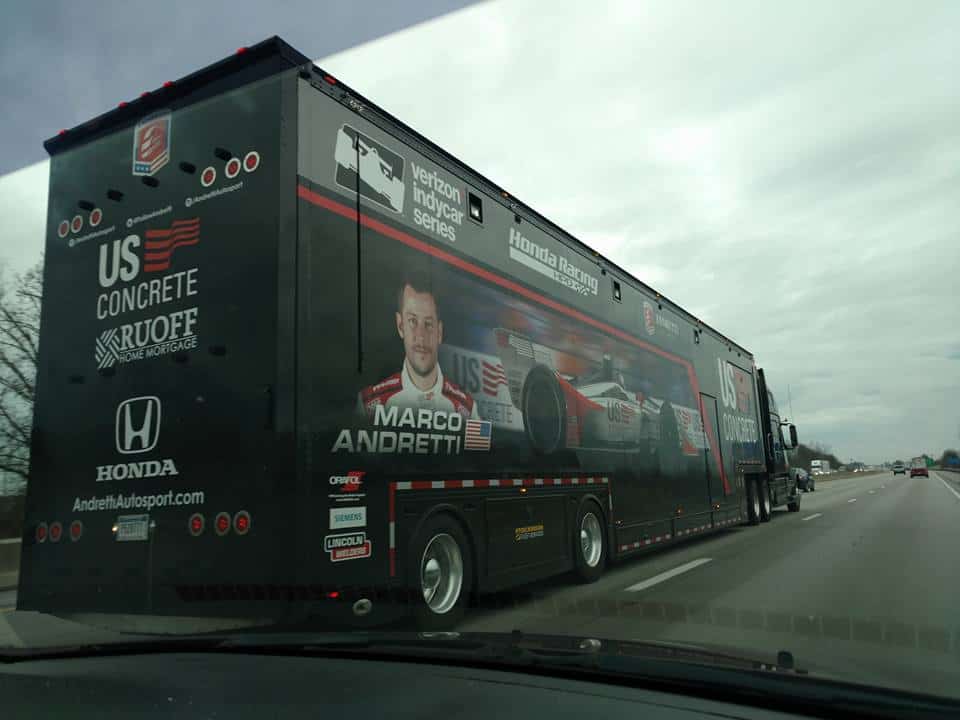 New-Look Indy Car Set to Debut on the Streets of St. Petersburg

After a long off-season, the stars and cars of the Verizon IndyCar Series are set to do battle on the streets of St. Petersburg, FL on March 11, kicking off the 2018 season.

This particular season, the eleventh since reunification, is met with more anticipation than usual with the durable DW-12 chassis hitting the tracks in a revised and re-skinned iteration that many fans have fallen in love with. The airbox has been hacked away, domed skids tossed aside and the bumper pods thrown in a dumpster, along with a bevy of front and rear wing elements, to produce a leaner, cleaner, and meaner looking IndyCar.

The new universal aerokit satisfies the driver’s request for more underbody downforce, and less generated from the wings. Theoretically, this should should reduce the turbulent air that an Indy car leaves in its wake. In short oval testing, the following distance for a trailing car was reduced, improving maneuverability. If it’s easier to follow, then it should be easier to pass, creating an opportunity for tighter, more exciting racing.

The NEXT car project also incorporates a number of state-of-the art safety features, and is designed to readily accept a windscreen once the series is comfortable with all of the test data.

The Firestone Grand Prix of St. Petersburg is round one of seventeen for the Series in 2018. The event is held on a temporary street circuit, one of five such races on the schedule. The race weekend is scheduled March 9-11, 2018.

The defending race champion is Sebastien Bourdais, who will return in the Dale Coyne Racing Honda entry. Bourdais’ 2017 season was derailed after suffering injuries in a qualifying crash at Indianapolis.

He was expected to miss the rest of the season, but healed quicker than expected, returning to the cockpit for the final three 2017 races. With so much potential last season, Bourdais, a four-time Champion in ChampCar, will be looking to start off the new season with a bang.

The race will consist of 110 laps for a total race distance of 198.00 miles. Standard road course qualifying procedures will apply. This will be the 15th race for IndyCars in St. Petersburg.

The temporary street circuit in St. Petersburg is constructed along the public roads on the shore of Tampa Bay, and utilizes the runway at Albert Whitted Airport as its front straight. The 14-turn course covers 1.8 miles circling around picturesque Pioneer Park and Al Lang Stadium. The back half of the circuit follows the contour of Bay Shore Drive past the St. Petersburg Yacht Club and Municipal Marina.

The long front stretch ends in a quick right-left combination in turns one and two, and has caused some hairy moments in past races. The braking zone in turn ten, and the hairpin turn 13-14 have offered passing opportunities as well.

St. Petersburg first heard the roar of racing through its city streets back in 1985, when the SCCA Trans-Am and Can Am series’ raced along the Bay front. The event was short lived, plagued by complaints from the locals. The race was shelved in 1990, but returned in 1996 on a course built around Tropicana Field.

The Bay Shore course was modified in 2003, and hosted the CART Series with Paul Tracy taking the win. The event was dropped in 2004 as CART was embroiled in bankruptcy.

The Indy Racing League added the race to its schedule in 2005, and it has remained ever since, growing into an event that has become quite popular with both fans and drivers.  St Petersburg was first scheduled as the IndyCar season-opener in 2009, and has served as the first stop on the calendar continuously since 2011.

Dan Wheldon, driving for Andretti-Green Racing, took the 2005 win.  After Wheldon, a resident of St. Petersburg, died in 2011, the section of the course between turns 10 and 11, where Wheldon pulled off the race-winning pass, was renamed Dan Wheldon Way in his honor.

In 2008, Graham Rahal won at St. Pete becoming the first ChampCar transplant to win in the newly-merged series. In doing so, he also became the youngest winner in a major American open-wheel race at the age of 19 years, 93 days.

The most prolific winners of the Grand Prix have been Team Penske, with eight wins among four different drivers.

The 2018 Verizon IndyCar Series Field represents one of the strongest, talent-packed top-to-bottom lineups in all of racing.

24 drivers are expected to take the green flag in St. Petersburg. Among them will be four former St. Pete winners: James Hinchcliffe, Will Power, Graham Rahal, and the aforementioned Sebastien Bourdais.

The reigning Series Champion is Josef Newgarden, who out-dueled his Team Penske teammates and four-time Champion Scott Dixon to take his first Series title. Newgarden, who hails from Hendersonville, Tennessee, is one of the hottest young drivers in the sport and will be looking to repeat.

Drivers finding a new home this year include Tony Kanaan, who moves over to A.J. Foyt Racing from the Chip Ganassi Team. Charlie Kimball and Max Chilton also moved from the Ganassi Team to take the seats at Carlin Racing, one of four new teams in the Series. 2017 Rookie of the Year, Ed Jones, will take over Kanaan’s vacated seat, moving on from the Dale Coyne Team. Jones’ seat at Coyne will see two rookie drivers, Zachary Claman DeMelo and Pietro Fittipaldi, share the ride in the 19 car.

Rookie drivers will also split seat time at another new team, Juncos Racing. 2017 Indy Lights Champion, Kyle Kaiser will share the Juncos car with Rene Binder, who will get the start at St. Petersburg. Kaiser will have to wait until Phoenix to make his debut as an IndyCar driver.

In one of the bigger moves of the year, 2017 Indianapolis 500 winner, Takuma Sato, moves from Andretti Autosport to race alongside Graham Rahal at Rahal/Letterman/Lanigan Racing.  Rookie Zach Veach will take over the seat at Andretti Autosport. At Schmidt Peterson racing, yet another rookie joins the series as Robert Wickens joins fellow Canadian James Hinchcliffe for the 2018 season. Jack Harvey will run a limited schedule with Michael Shank Racing, another new team on the grid, and will run at St. Pete. The final new face on the grid at the season opener will be Jordan King who will run the road course races for Ed Carpenter Racing, while the team owner will strap into the cockpit for the ovals.

Tickets for the Firestone Grand Prix of St. Petersburg can be purchased here. Ticket prices range from $20 for a single-day general admission up to $135.00 for a three-day upper level grandstand seat with plenty of options in between.

Television coverage will be provided by ABC-TV.  Race coverage will begin at 12:00 noon EDT on Sunday March 11. Practice, qualifying and support races can be found streaming on the Verizon IndyCar Series You Tube Channel, Facebook Page or at http://racecontrol.indycar.com/

Other coverage options include Sirius XM radio (Sirius:209, XM:212). Fans can also keep up with all of the action on the IndyCar Mobile app provided by Verizon Communications.