Welcome to Drafting The Circuits -
Home : Blogs : Jordan and Ricky Taylor Win Lone Star LeMans At Circuit Of The Americas 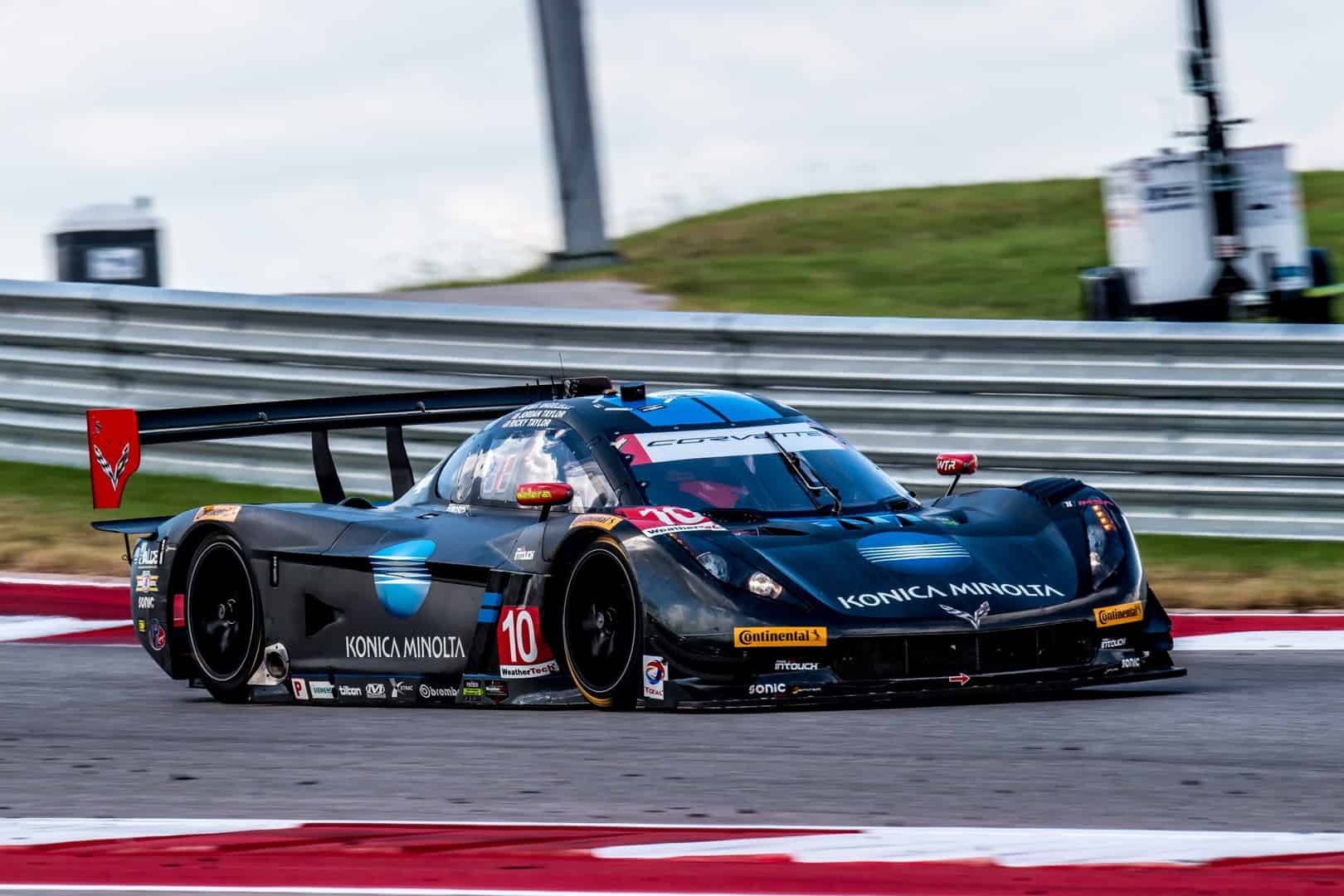 The WeatherTech SportsCar Championship’s penultimate round at Circuit of the Americas is in the books with another successful trip to the Texas track for the IMSA series. The hot weather matched the action on the track with battles throughout the 4 racing series.  Wayne Taylor Racing’s #10 Konica Minolta Corvette DP took their 3rd victory of the season, easily having the fastest car of the weekend.

Ricky and Jordan Taylor dominated the early stages of the race until a late spin by Jordan Taylor brought the #31 Action Express machine of Dane Cameron back into the picture.  Taylor spun while passing some of the slower GTD class cars and lost much of the gap to the Action Express entry.

The #31 looked poised to challenge Taylor for race victory but simply did not have a strong enough car.  Instead, the Action Express team took second position and a 1 point championship lead going into the final round at Petit Le Mans.  3rd position was taken by the #5 Action Express team of Joao Barbosa and Christian Fittipaldi.

In GTLM, Earl Bamber and Fred Makowiecki took the win for Porsche North America. Toni Vilander and Giancarlo Fisichella, of Risi Competizione, held the lead deep into the race until a late stop for service gave the lead to the Porsche of Nick Tandy and Patrick Pilet.  The Porsches then swapped positions handing the win to Bamber and Makowiecki.  Porsche North America took a 1-2 finish in class with the #3 Corvette of Jan Magnussen and Antonio Garcia grabbing the third position.  The #4 Corvette leads a close championship battle which will be decided in two weeks at Road Atlanta.