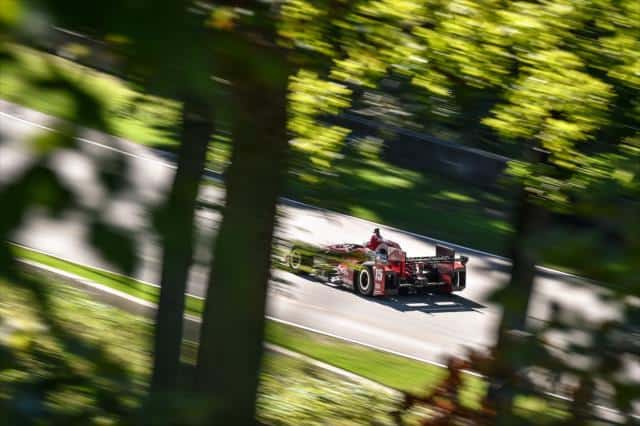 While the Verizon Indycar Series is settling in for a long off-season, there are some stories of note to report from the past week.

Much of the off-season news in any racing series will center around the ‘silly-season’ that tracks driver movement from team to team. Much of the talk had centered around one domino falling that may create a ripple effect of driver changes throughout the field.

Well, that domino didn’t fall, and we can expect a 2016 field that will look very similar to what we had in 2015. With Josef Newgarden re-upping his contract with Carpenter-Fisher-Hartmann Racing, the talk of him moving to the Ganassi operation or elsewhere has ceased.

“I have a lot of respect for every individual within this group.” said Newgarden about the team with which he has been a part of since 2011. “I get to see first-hand at the level that this team operates at and there is a tremendous amount of dedicated and smart people. They’ve given me all of the tools I could ask for to drive a race car and to be successful. That gives me confidence to come back and try to deliver my best and help the team be the best at what it does.”

Newgarden, who hails from Hendersonville, TN, took two race wins and one pole position in 2015 en route to a seventh place spot in the final standings.

In my mind, this is the right move for Newgarden. While speculation had him in a fourth Ganassi car, or even in a Haas Formula One Car, remaining the team-leader with a growing team makes more sense than becoming the low man on the totem pole elsewhere. One only has to look at Simon Pagenaud’s 2015 results with Team Penske to see this statement echo true.

With that matter setttled, we should expect to see very few changes at the top half of the grid. One welcome change will be the return of James Hinchcliffe in the Schmidt-Peterson Motorsport entry. The popular Canadian sat out the bulk of the season following injuries sustained in a practice crash at Indianapolis in May.

Hinchcliffe was back in his car testing at Road America for the first time since the accident.

“A lot was based on healing,” Hinchcliffe said. “And the doctors, to their credit, they left a lot of it in my hands. They don’t know how I feel. They can tell you that medically speaking everything should be healed, but at the end of the day it really came down to how I was feeling, how I was feeling in the gym and things like that. I was honest with myself. I wasn’t going to lie just to get back in the car sooner. I wanted to make sure that when I got back I was back for good.”

The test on September 28 was the second of two tests held at the iconic 4-mile long road course located in Elkhart Lake, Wisconsin in preparation for the Series’ return in June of 2016.

The race course has not hosted IndyCars since 2007, when the ChampCar Series ran there last. The track is a favorite with both fans and drivers, and this will likely be one of the most highly anticipated events of the 2016 schedule.

A.J. Foyt driver, Takuma Sato, was running on the track for the first time in his career. “There’s nothing like it on the calendar before,” said Sato, a veteran of several seasons in Formula One. “In terms of downforce, it could be one of the lowest downforce we use, but the layout of the track is completely different. It’s a very classic track that’s narrow and bumpy. There are a lot of high-speed corners and some 90-degree corners as well.”

“Coming back here today was a blast, ” said Ganassi driver, Tony Kanaan, echoing the sentiments of many of the drivers. “It’s a fast track and such a long course that it’s awesome. I’ve enjoyed it, but not being here for 12 years, the first few laps this morning were really cool.”

In off-track news, more than 600 members of the IndyCar community gathered for a special event celebrating the life of English Driver, Justin Wilson.

Wilson lost his life following an accident at Pocono Raceway in August. The event, held at the Indianapolis Motor Speedway, was a night filled with equal parts tears and laughter as many that were close to Wilson addressed the audience sharing stories of how Justin Wilson touched their lives.

Video of the hour-long celebration can be viewed here.

In the meantime the Charity Auction benefiting the Wilson’s Children’s Fund is still going strong, with many interesting items including a ton of race-used memorabilia up for auction. To view the items up for bid, click here