Welcome to Drafting The Circuits -
Home : Blogs : IndyCar: Three Drivers to Watch in 2015 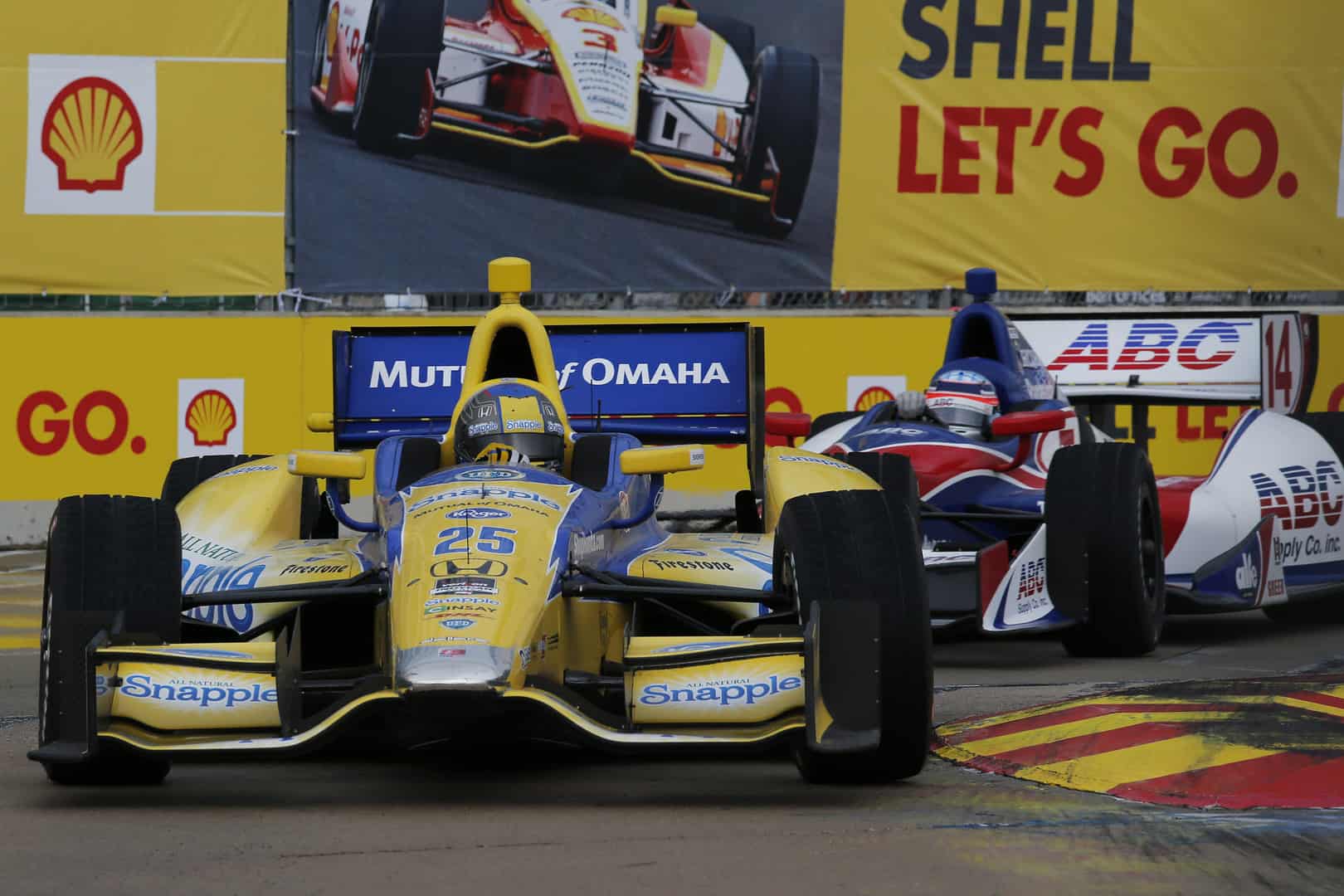 IndyCar: Three Drivers to Watch in 2015

The 2015 Verizon IndyCar Series season-opener is quickly approaching. After an agonizingly long off-season, we will see the IndyCars in action on the streets of St. Petersburg the weekend of March 29.

There has been a lot to talk about this off-season including driver changes, open seats and aero-kits. At this point, most of the seats in the series have been confirmed. The only question marks as of this writing lie with Dale Coyne Racing.

Both Chevrolet and Honda have unveiled their aero-kits, and the teams are beginning to take delivery of those components. As IndyCar promised, the two cars will be very different from one another, somewhat erasing the label of ‘spec-series’ from IndyCar.

Tech talk aside, what I’d really like to write about in this article is the performance we will see on the track, and a few drivers you may want to keep an eye on. And, I’m not talking about the favorites, here are three drivers that may indeed surprise us this year.

This 24 year old Briton is a product of the Mazda Road to Indy ladder series.  After taking the championship in Star Mazda, he competed in Indy Lights and then graduated to the Verizon IndyCar Series with Bryan Herta Autosport in 2014.

Hawksworth quickly drew attention to himself by grabbing the early lead in the inaugural Grand Prix of Indianapolis and holding onto it like a champ through the entire first segment of the race.  His day ended with an eventual seventh place finish, but it was enough for folks to take notice. Later in the season, at the double-header in Houston, he took a sixth in race one, and hit the podium in race two.

At the season-ending banquet, the rookie driver was presented with the prestigious ‘Tony Renna Rising Star Award.’

Realizing that Hawksworth would be a hot property, A.J. Foyt Racing quickly snatched him up early in the off-season. The signing of Hawksworth would coincide with the Foyt team expanding to a two-car operation.

While a ride with A.J. Foyt’s Texas-based IndyCar team is not quite the ‘dream ride’ of a Penske or Ganassi seat, the Foyt team has steadily improved the past few seasons under the management of Larry Foyt. The team has taken three poles and one race win since 2012.

In 2015, Hawksworth will have the benefit of an experienced teammate, a luxury he did not have as a rookie. He will join Japan’s Takuma Sato on the team.  Sato has seven seasons of Formula One and five seasons of IndyCar under his belt. While Sato has taken a beating from the press, his fellow drivers, and, at times, his own team-owners for being overly aggressive and impatient, there is no denying that the man is quick. Blindingly quick.

Provided that the two drivers have an amicable working relationship, Hawksworth will benefit greatly from Sato’s years of experience.

An exciting and charismatic driver, I would not only look for Hawksworth to perform well on the track, but also to quickly become a fan-favorite.

Look for Hawksworth to perform especially well on the street and road circuits, and I wouldn’t be surprised to see him on a race podium on a few Sunday afternoons.

I grew up as an Andretti fan. When I first became interested in motor racing, Mario Andretti was wrapping up the Formula One World Championship. A decade later, I was the biggest Michael Andretti fan that you’ve ever seen, rooting for him as he won race after race in the CART Series. Nearly two decades after that era, in 2006, I was on my feet cheering loudly for another Andretti at the Brickyard, as a nineteen-year old rookie came within inches of an Indy 500 win.

Marco took a win later in his rookie season, but has only visited the winner’s circle one more time since 2006. It baffles me to this day. I cannot effectively explain why Marco Andretti, now entering his tenth full season in IndyCar, doesn’t have 15 or 20 race wins to his credit. He has a top-flight ride, he certainly possesses the talent, but something just hasn’t ‘clicked.’  Did he start too young? Was there a lack of effort? Was he overshadowed by teammates like Dario Franchitti, Tony Kanaan and Ryan Hunter-Reay? Is it just bad luck?

I don’t know the answers to those questions, but something tells me that 2015 will be Marco’s breakthrough year. Keep in mind that although he is a veteran of many race seasons, he will be at the relatively young age of 28 when the 2015 season gets underway.

Superstition in racing is nothing new and there is a rather superstitious reason that I believe that Marco has good luck coming his way. The number 27.  Yep, I think that a simple change of the car number will make a difference. Like a good luck charm in a driver’s pocket, the number 27 will smile on Marco.

So, go ahead and get your laughing at me out of the way, but when Marco takes a big win on a track like Pocono or Indianapolis, I will respectfully have the last laugh.

Josef Newgarden, a native of Hendersonville, Tennessee, has been steadily climbing up the grid since his rookie season in 2012.  He has hit the second step of the podium twice in his brief career, but the winner’s circle has eluded him thus far. Driving for the smaller Sarah Fisher Hartman Racing team, he hasn’t yet found the ‘little extra’ to join the list of IndyCar winners.

That ‘little extra’ may come in the form of the merger of the Fisher Hartman team with Ed Carpenter Racing. Pooling the resources of both teams will likely pay great dividends for all parties concerned.

Ed Carpenter’s small team has taken on the role of giant-slayer and raced to four victories since 2012 with drivers Ed Carpenter and Mike Conway.

For Newgarden, the addition of Ed Carpenter as a team owner and mentor will undoubtedly help his oval track program. Carpenter is one of the best in the business on the ovals, having taken wins at both Fontana and Texas since forming his team.

With the merger, Newgarden will move from the Honda camp over to Chevrolet.  While the effect of the different aero-kits is still unknown, Chevrolet’s superior horsepower is undeniable. In addition to all this, Newgarden will also pick up another teammate in Luca Fillippi for the street and road races. Having run three seasons on a one car team, the benefit of sharing information will become invaluable for both drivers.

In addition to being on the cusp of his first win, Newgarden is full of personality. With his fun-loving attitude, good looks, American roots, and talent behind the wheel, I see no reason why IndyCar shouldn’t make this guy the poster-child for the Series. I predict at least one race win for Newgarden in 2015.

These are three drivers that I will be keeping a close eye on in 2015, but the competition in the Verizon Indycar Series is indeed deep and we may see surprises up and down the grid throughout the year.