Welcome to Drafting The Circuits -
Home : Blogs : IndyCar 2015: The Good, The Bad and The Ugly 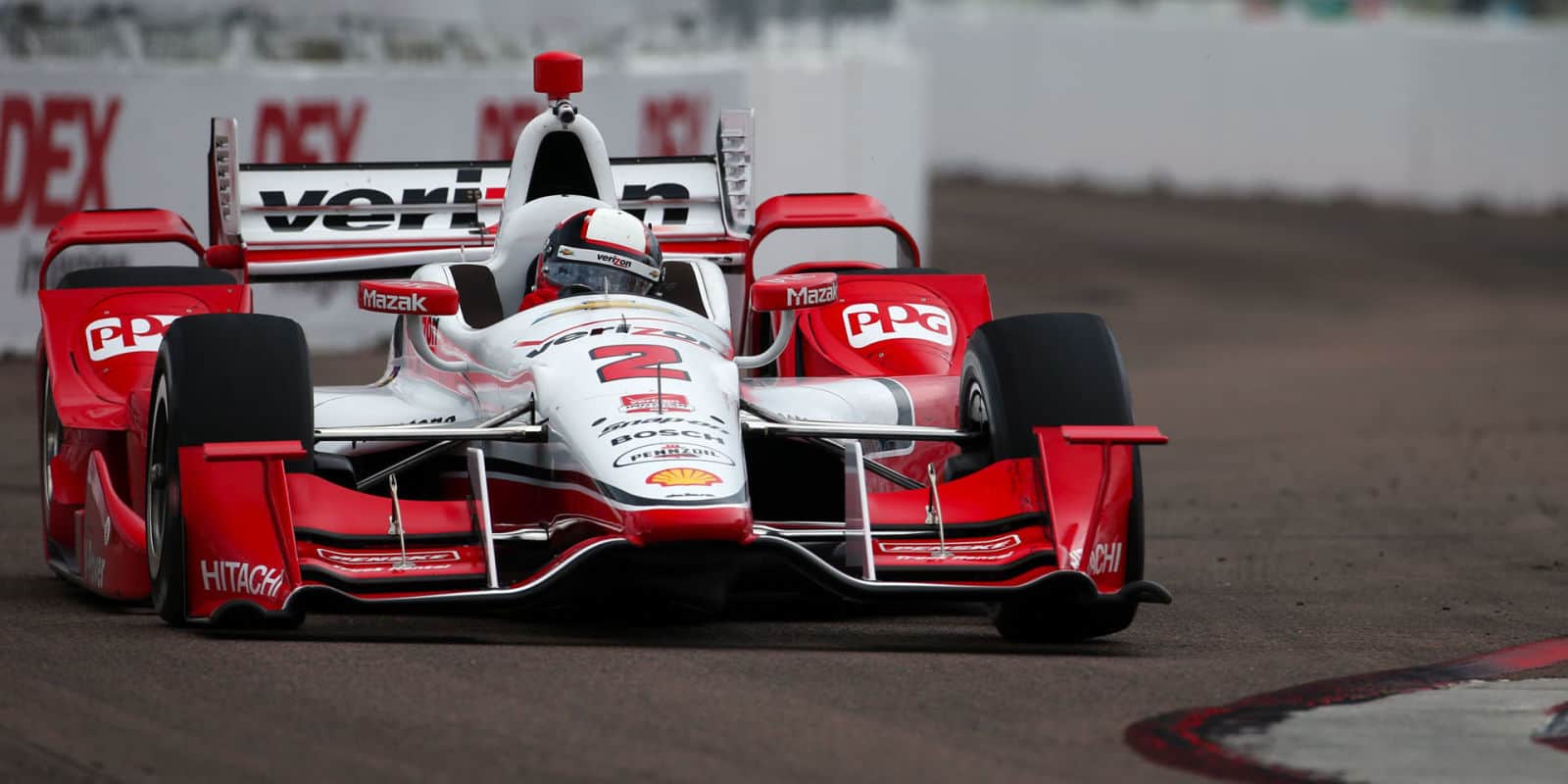 The Verizon IndyCar Series travels to Canada this weekend for the Honda Indy Toronto, round 10 of the sixteen race schedule. With the second half of the season underway, and the title fight heating up, its an appropriate time to examine some of the stories circulating around the series.

A Competitive Field:  The nine races run thus far have produced seven different winners from six different teams. Among those were two first-time winners in the Series, Josef Newgarden and Carlos Munoz. That total looks to increase as drivers like Tony Kanaan, Helio Castroneves, Simon Pagenaud, Graham Rahal all seem capable of hitting victory lane on any given Sunday. Marco Andretti and Takuma Sato have been knocking on the door as well, and it wouldn’t surprise me if they broke through with a win.

Juan Pablo Montoya: When JPM was given the pink slip from Chip Ganassi’s NASCAR team in 2013, many were surprised that Team Penske snatched him up so quickly. His resume after eight seasons in NASCAR was respectable, but not exactly stellar. Offering Montoya one of the most coveted rides in American open-wheel racing seemed to defy logic. However, Roger Penske rarely makes bad decisions

After a 2014 season spent re-acclimating himself to IndyCars, Montoya has come on strong in 2015. He won the season-opener at St. Pete and took a thrilling win at Indianapolis. He has led the championship battle the entire season, and is producing some of the finest driving of his career. At age 39, Montoya seems cool, comfortable, and content. It’s a combination that should have the other drivers very afraid.

Barber Motorsports Park: This beautiful race course in suburban Birmingham, Alabama has the potential to one day become a crown-jewel event on the schedule. The race weekend consistently produces a large, enthusiastic crowd of IndyCar fans, despite being in the heart of NASCAR country.

The 2015 edition of the Grand Prix of Alabama saw the young American driver, Josef Newgarden, take his first win in the Series for the newly merged CFH Racing Team. Newgarden, who was raised in the American South, put on a fine display and was an incredibly popular winner. Storylines like the ones coming out of Barber are what the Series needs to move forward

Steak n’ Shake, Graham Rahal, and David Letterman:  The Rahal/Letterman/Lanigan team came out of a disappointing 2014 season with very little positives to speak of. The National Guard sponsorship they fought so hard to obtain had evaporated, and expectations were not very high for the team’s 2015 season.

In spite of this, Graham Rahal has been one of the few drivers in the Honda camp to really take the battle to Chevrolet. Three podiums on the season have Rahal in fifth place in the points, with enough races left to mount a serious challenge.

Early on, the RLLR Team brought restaurant chain, Steak n’ Shake, on as a primary sponsor for selected events. The buzz surrounding this has been nothing short of incredible. The use of Social Media by the team, the driver and the restaurant chain has produced one of the finest sponsor activation campaigns we have seen for the Series. I’m hoping that Rahal can get to the winners circle, and entice Steak n’ Shake to sign on for a full-season in 2016.

The third bit of news surrounding this particular team involves co-owner David Letterman. The Indiana native and long-time late night television talk-show host made the decision to leave his television career behind and enjoy his retirement at the race track. His retirement from television coincided with the Indianapolis 500, and there were a number of fitting tributes to Dave throughout the month of May.

I grew up watching David Letterman, and I always appreciated the fact that he would put the spotlight on IndyCar and it’s drivers over the years. I certainly wish him the best in all of his future endeavors.

The 99th Indy 500: While many of the events leading up to the 99th 500, including crashes in practice and the modified qualifying procedure, can be filed under the Bad or Ugly category, the race itself was one for the ages.

Juan Pablo Montoya suffered an early setback that dropped him to 30th place in the early going. From there he worked his way back to the front and he found the speed and bravado when it mattered most, in the closing laps.

Despite the gloom and doom that was predicted, we were treated to a phenomenal battle in the final fifteen laps. Television ratings were up over previous years, setting the stage for an epic 100th Indianapolis 500 in 2016.

The Aero-kit Debate: The debut of the new aero-kits have created more buzz and chatter about the series than any other topic. Honestly, I could put aero-kits in the category of Good, Bad or Ugly and make a compelling argument for either one. While they certainly have completed the task of making the cars look different from one another, there have been issues along the way.

Their debut at St. Pete saw numerous cautions as the fragile components of both manufacturer’s kits seemed to litter the race track after minor contact. This prompted IndyCar to mandate changes here and there along the way with little notice to the teams.

A lack of Speedway testing was blamed for the practice crashes at Indianapolis and, at the eleventh hour, qualifying setups were abandoned by the series as the cars qualified in race trim.

Suffice to say, the aero-kit concept is still a work in progress, and is bringing up many opinions both positive and negative.

James Hinchcliffe:  Arguably one of the most popular drivers in the Series, James Hinchcliffe left his position at Andretti AutoSport to become team-leader at Schmidt-Peterson Racing for this season. His 2015 season got off to a good start when he took a win in New Orleans in the rain-shortened race.

While the win wasn’t convincing, or even earned through hard racing, it was still a win that cemented his place within the team. After a disappointing 2014 campaign, the Canadian driver benefited greatly from the good mojo that comes with finding victory lane.

In practice at Indianapolis, Hinchcliffe crashed hard into the wall. The impact resulted in a suspension component piercing the tub, going straight into Hinchcliffe’s leg, severing an artery.

The Holmatro Safety Team was quickly on the scene, and literally saved Hinchcliffe’s life. The injuries sustained have kept the popular driver off of the track, but not out of our thoughts.

Both Ryan Briscoe and Conor Daly have been called in to substitute for Hinchcliffe while he recovers. I am looking forward to the day when we see the ‘Mayor of Hinchtown’ return to the cockpit.

Ryan Hunter-Reay: While it has been a Chevrolet playground this season, we have seen a few drivers fight the good fight for Honda. Graham Rahal, Carlos Munoz, Marco Andretti, James Hinchcliffe, Takuma Sato, and Jack Hawksworth have all given hope to the Honda camp.

Noticeably absent from that group is 2012 Series Champion and 2014 Indy 500 winner Ryan Hunter-Reay. Conventional wisdom would dictate that, looking through the Honda roster of drivers, Hunter-Reay should easily be at the top. Instead, the likeable American driver finds himself mired 13th in points with only one top-five finish to his credit.

Indeed, the entire Andretti Autosport Team took a blow when Director of Operations, Kyle Moyer, departed to take a position with Team Penske. However, Ryan Hunter-Reay’s lack of performance this season seems to defy logic. He has seemed hopelessly lost every week, as his teammates have out-qualified and out performed him on the track.

The Debut of NOLA: Held at a purpose-built road racing facility in suburban New Orleans, the Grand Prix of Louisiana had high hopes joining the Verizon IndyCar Series. With a great deal of promotion and advertising dollars spent, track owner Laney Chouest and track president, Kristen Engeron, publicly declared their intent to grow this event to the level of the Long Beach Grand Prix.

Instead what they got was a kick in the face from the one thing they cannot control, Mother Nature. Rain poured down over the venue all weekend, as it became abundantly clear that the track had drainage issues.

With 75 laps scheduled, the timed race rule came into effect ending the event after 47 laps, with the bulk of them being run under yellow. Between lap 19 and the checkered flag, there were not more than two consecutive green laps.

For a facility with so much potential, they deserved better. I’m keeping my fingers crossed that in 2016, NOLA can knock it out of the park with a great event.

Francesco Dracone : Ride-buyers are nothing new to motorsports. Some of them, like Mikael Aleshin last season, have proven to be worthy competitors. Others, like Hideki Mutoh or Ana Beatritz have run at the back of the pack, filling the field while not making waves. Others, like Milka Duno, were so ill-fitted for a ride in the series that they became a laughing stock.

Dale Coyne Racing’s driver for the early part of the season, Francesco Dracone, elevated the laughing-stock quotient to a new level. Consistently more than two seconds off of the pace in nearly every practice and qualifying session he entered, he showed why he has no place whatsoever in this series. Indeed Dracone’s career stats show that he has never won a race, or even come close, in the junior formulas he has competed in.

With plenty of talented drivers on the outside looking in, it is a shame that Dracone was able to sign a five-race deal with Dale Coyne. Let’s hope we have seen the last of him in this series.

Honda is Unhappy: As far as the ‘ugly’ goes, this developing story is about as ugly as it gets. Honda, and Honda Performance Development, have been great marketing partners for the Indycar Series for many years. Honda’s activation and promotion for the Series is far and away better than Chevrolet’s.

Admittedly, Honda fell behind the curve with their aero-kit compared to the Chevrolet teams, but wanted the opportunity to improve. In April, Honda was poised and ready to extend their contract with IndyCar as an engine provider.

IndyCar’s last minute decision to have all of the cars qualify in race-day trim did not sit well with Honda execs and team owners. The consensus was that the Honda teams were unfairly handicapped for what was perceived as a Chevrolet problem.

In the end, Chevrolet cars dominated the 500 and Honda’s contract extension remains unsigned. It would be devastating to the Series if Honda were to pack their bags, as Chevrolet reportedly has no interest in supplying the entire field with engines.

Some of the Honda team owners, most notably Michael Andretti and Sam Schmidt, have not held back in their comments regarding the aero-kit concept, calling for IndyCar to ditch them and run the spec Dallara chassis.

However, if IndyCar were to do that to appease Honda, they run the risk of upsetting Chevrolet.

The IndyCar Series now has a disaster on their hands forced to find a solution that will make both engine manufacturers happy.