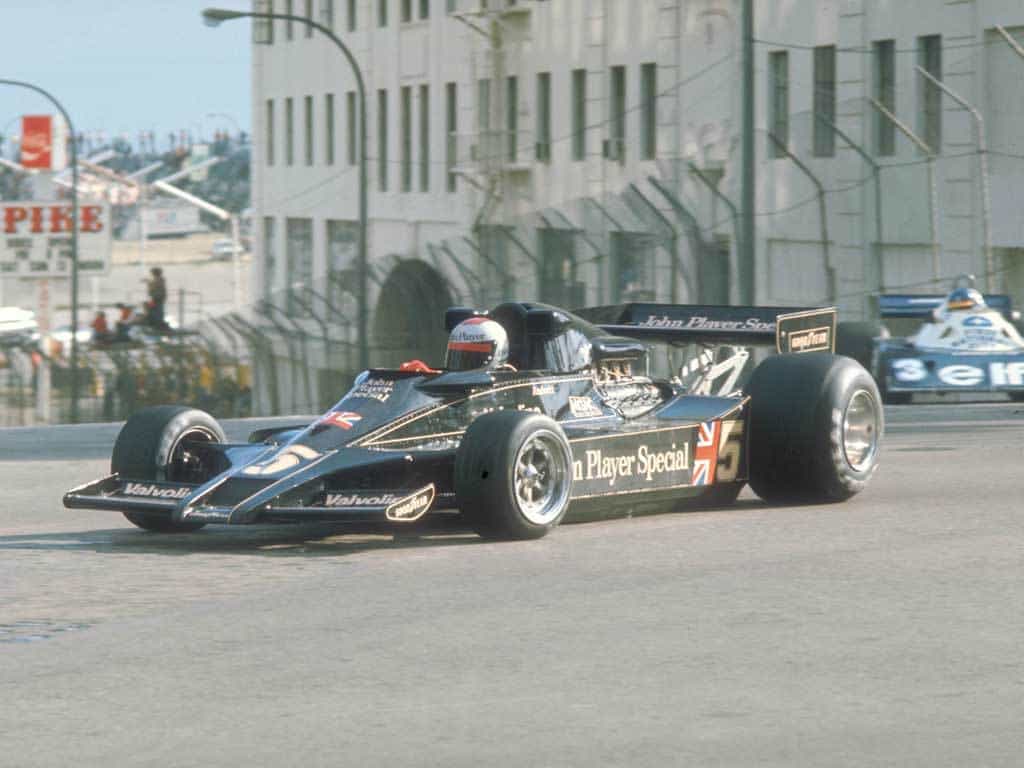 The concept of racing on city streets is as old as motor racing itself, with events like the 24 hours of Le Mans and the Grand Prix of Monaco having graced the racing world since the 1920s.

In North America however, street races have a spotty history with a number of cities hosting short-lived or unsuccessful events. Baltimore, Houston, Dallas, Phoenix, and Vancouver are all haunted by the ghosts of races past.

Similarly, so-called “parking-lot races” such as the ones held at the New Jersey Meadowlands and Caesar’s Palace, along with the airport runway race at Cleveland have failed to survive.

Of the current crop, Toronto has a nice long history dating back to 1986, and Detroit has an on-again, off-again status comprising two different circuits over the decades. With 13 races in the books, St. Petersburg is also still going strong.

None of these events, however, can compare with the Toyota Grand Prix of Long Beach. With a 42 year history, through four different sanctioning bodies, Long Beach is the longest continually running street race in North America.

Like many of the races that are proposed today, the early years of Long Beach were met with skepticism, along with legal and financial issues that may have stopped it in its tracks. Promoter Chris Pook had held a mildly successful F5000 race in 1975, followed by the inaugural F1 Grand Prix in 1976.

The cost of staging the events had put him deep into a financial hole, and he desperately needed the 1977 race to be a slam-dunk. What he got was a race that forever changed the image of Long Beach, cementing it as a high-profile event, setting the stage for decades to come.

In 1976, American driver Mario Andretti had contested the bulk of the F1 season for Team Lotus in the JPS Mk II Lotus 77. The car was decent, but nowhere near the match of the racecars that McLaren, Ferrari or Tyrrell had to offer. Andretti ended the season on a high note, taking victory at the rain-drenched season finale in Japan.

Lotus team principal, Colin Chapman, had a trick up his sleeve with the design of his next car, the JPS Mk III Lotus 78. After closely examining airplane wings, and how they generated lift, Chapman and his engineers set out the reverse the physics, and apply it to the underside of the car.

The car was developed in great secrecy, with Andretti handling the bulk of the development driving duties. With inverted airfoils under the side-pods, and Lexan skirts to trap air underneath, the car debuted in Argentina, ushering in the ground-effects era in race car design.

Coming into Long Beach, Andretti had taken it to fifth in Argentina, but failed to finish in both Brazil and South Africa. Undaunted, the team continued, knowing that the car had the potential to be a real game-changer.

When the Formula One circus arrived in California, Andretti was one of two American drivers entered in the race, with Brett Lunger being the other. Andretti was the obvious crowd favorite. He was well-known, and well-liked, as he had won both the Indianapolis 500 and the Daytona 500 during the previous decade.

Throughout practice, Andretti was close to the top of the time sheets, along with Niki Lauda’s Ferrari, and Jody Scheckter in the Walter Wolf machine. Lauda took pole as Andretti started second. Behind them Scheckter shared row two with Lauda’s Ferrari teammate, Carlos Reutemann.

The field lined up for the standing start, and when the cars were let loose, it was Schecker who out-dragged both Andretti and Lauda heading into the 90 degree turn one. Reutemann got alongside Andretti in the first turn, and nearly pulled off a pass.

Reutemann overshot the corner, braking much too late, and ended up off-course. Behind them, James Hunt made contact with John Watson, sending Hunt’s McLaren car airborne, landing next to Reutemann’s car on the escape road.

Both cars were able to rejoin the race, but Vittorio Brambilla, who got bottled up in the melee, was not so lucky, ending his day before the first lap was complete.

At the front of the field, Sheckter led Lauda and Andretti. Going into the hairpin, Andretti was able to out-brake Lauda, snatching up second place.

Half of America’s hopes expired when Brent Lunger stuffed it into the guard rail on the 4th lap. One lap later, Reutemann exited the event in similar fashion.

Sheckter, Andretti and Lauda ran nose-to-tail, lap after lap, as the group of three pulled a sizeable lead over the rest of the field. With the nature of the ground-effects Lotus 78, Andretti would fall behind Sheckter on the long, curving front stretch. Through the tight turns, he was able to close right up on the tail of the Walter Wolf car, while holding off a rear-view mirror full of Niki Lauda.

Sheckter was finally able to put a little real estate behind him as Andretti and Lauda became embroiled in an epic battle for second place. The two would switch positions several times before the Ferrari driver locked up the brakes, flat-spotting the tires.

For the younger fans, it is important to point out that Formula One during this era was contested without scheduled pit stops. Cars were given enough fuel for the race distance, and the harder compound tires of the time were expected to last the length of the Grand Prix.

Points were only paid down to sixth position. A pit stop for Lauda at this point would essentially throw his weekend into the garbage, so he soldiered on.

Niki Lauda did not lose much ground to Andretti, but, with the car having developed a vibration, attempting another pass was an entirely different story.

At the front, Scheckter’s lap times had dropped off, with the South African driver feeling that he had lost a bit of tire-pressure on the left-front. Andretti stayed on Schecker’s tail lap after lap, looking for every opportunity to get around.

With only four laps remaining in the event, Andretti went deep into the hairpin, catching and passing Scheckter. The crowd of nearly 70,000 erupted into a thunderous round of applause and cheers that continued right to the checkered flag.

In the waning moments, Lauda was able to sneak around Scheckter as Mario Andretti took the race win, becoming the first and only American driver to win a Formula One race on U.S. soil.

For Andretti, the moment was magical. Looking back, he has mentioned on numerous occasions that the 1977 Long Beach victory was even more satisfying than his win at the Indianapolis 500.

Formula One racing was but a blip on the radar for the mainstream media in the States, but news of Andretti’s win spread like wildfire coast-to-coast. Front page coverage appeared everywhere from Sports Illustrated to the New York Times.

This seminal moment in Motor Racing history was the catalyst that launched the Grand Prix of Long Beach into prominence. The race continues to this day as one of the crown-jewel events on the schedule for the Verizon IndyCar Series.

For Andretti, the win would be this first of four on the 1977 season. The following season saw the introduction of the next evolution of the ground-effects car, the Lotus 79. The new car carried Andretti to six 1978 victories. By season’s end, he would add another title to his already impressive résumé: Formula One World Driving Champion.