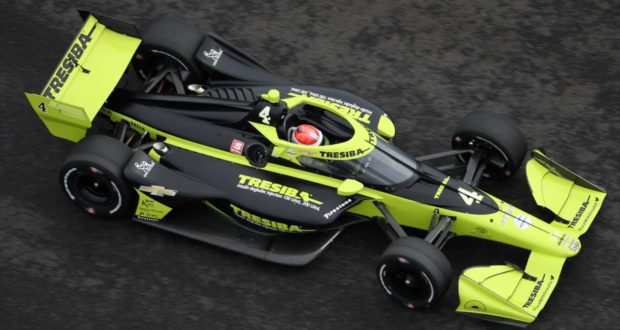 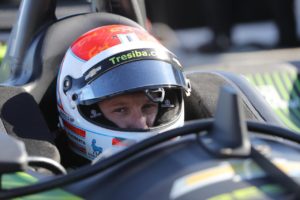 Back in the full-time saddle in the NTT IndyCar Series will be Charlie Kimball, who’ll be running a whole campaign in A.J. Foyt Racing’s No. 4 Novo Nordisk Chevrolet after only competing in just seven races for Carlin in 2019. Kimball’s tenure with Foyt begins this Saturday at Texas Motor Speedway.

“The Lone Star State” also happens to be one of two venues the three-car effort (Kimball, Dalton Kellett and Tony Kanaan) operates as they have a race shop in both Indianapolis and Waller (over 40 miles apart from Houston). That in mind, it has created some conflicts due to COVID-19 that pushed the INDYCAR opener from March 15 to June 6.

Team President Larry Foyt confirmed Tuesday that his Indy crew must take a commercial flight instead of a charter because they couldn’t secure enough seats. The game plan is to arrive at Texas the night before the Genesys 300 which will air live at 8:00 pm on NBC.

“(They’ll get a) good night’s rest because it’s going to be a very long day on Saturday, sure,” said Foyt. “The Houston guys, we talked about driving up and trying to do it in one trip, and the more I just thought about it, I thought it was much less risky to get there Friday evening, have a night in a hotel, be well-rested, and we are going to drive back Saturday night after the race.

“I felt like driving in Saturday morning, doing the race and coming home was just way too much. So definitely going to get up, get a good night’s sleep. I think they’ll be fine. Obviously, INDYCAR has plenty of protective measures in place, and I think everybody will be very safe.” 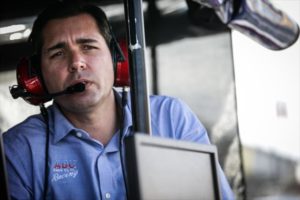 Before the pandemic, Foyt commented how their cars would go from Texas to Indiana by simply driving from one destination to the next and back.

“It’s no different, right, because we operate the two shops anyway,” said Foyt. “Some things we did do, we sent the Houston car up to Indianapolis for the engine to be started and some final prep to happen there, just so that guys weren’t having to travel.

“We were able to drive up and drive back, so guys weren’t having to travel to start that car. That was just something we wanted to help out everybody, because most people being in Indy it was just easier for everyone.”

Not only the team has to deal with that situation, Kimball has a challenge of his own.

The 35-year-old Californian holds the NTT IndyCar Series qualifying record of 222.556 mph set in 2017 and has unfinished business at the 1.5-mile oval. That in mind, he’s aware that Saturday will be a tremendous undertaking with the debut of the Aeroscreen and only having 80 minutes to dial his Chevrolet in.

Kimball added that his team had a pre-race meeting Monday where they discussed how Saturday’s flow will go due to the aforementioned challenges of going from flying commercial to health screening at the Ft. Worth venue.

“It’s going to feel like warp speed until the checkered flag flies and then some,” said Kimball. “So we have to be ready to be — to take advantage of that track time and every moment we have at the racetrack.”

At the same time, Kimball has the confidence on his new team’s ability of producing a stellar machine that’ll translate into a great result despite not being able to have many interactions announced he’d run the No. 4 Chevy back in January.

“I feel really good about the engineering staff, my lead engineer Mike (Colliver), my performance engineer Dwight (Brown), my data engineer C.J. (Nielsen) and Larry on the stand,” said Kimball. “I have no questions about that. From my crew chief Thomas (Semik II) through the whole crew, all of my pit stop guys, the little interaction I’ve had, the little time at the racetrack, the feeling I get and the atmosphere within this team is rock solid, and I can’t wait to get on track and have that atmosphere turn into results.”