Welcome to Drafting The Circuits -
Home : Blogs : Formula Fiesta For Rosberg In Mexico 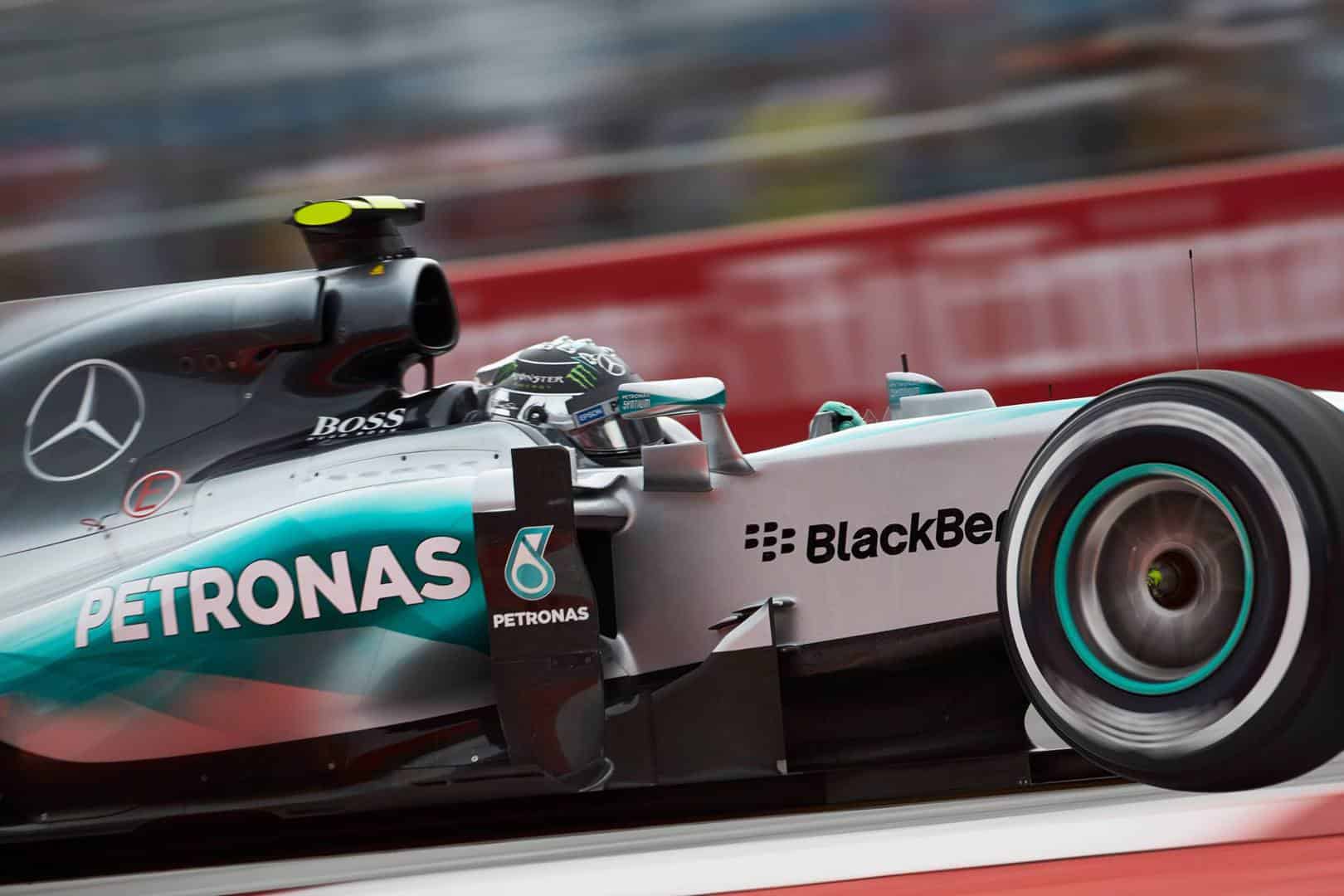 Formula Fiesta For Rosberg In Mexico

Nico Rosberg took his 4th Grand Prix victory of the season with a convincing win over 3-time World Champion Lewis Hamilton. Valtteri Bottas took the third and final podium position in what was a hugely triumphant return for the Mexico Grand Prix.

Rosberg controlled the race from pole position getting the jump on teammate Hamilton and never truly looking back. Rosberg was able to build and maintain his lead until a late safety car for Sebastian Vettel’s wrecked Ferrari bunched up the field and made Rosberg work for his victory.

Nico Rosberg captures his 4th victory of the season

Sebastian Vettel was the only driver with the pace to match the Mercedes but Vettel’s race was destroyed on the first lap when contact with Daniel Ricciardo resulted in a puncture which sent Vettel to the pits and the rear of the field.

Vettel marched through the field handily, but a spin in the esses signaled what was to come later in the race for the German. Vettel lost it again in the esses and retired the car in what was a very rough outing for Ferrari.

Kimi Raikkonen also crashed out of the Grand Prix after contact again with fellow Finn, Valtteri Bottas. In a switch of fortunes, Raikkonen and Bottas again entered a turn vying for the same piece of pavement. This time is was Raikkonen who came out on the short end of the stick. This was the first time since Australia in 2006 that both Ferrari entries were not classified as finishers in a Grand Prix. For sure, a rough day for the Scuderia.

Bottas on the podium with the Mercedes pair

Valtteri Bottas went on to grab the third podium position after a bold move on Daniil Kvyat. Williams’s teammate, Felipe Massa finished in 6th position in what was a strong showing for the historic team. Williams now seems to have firm hold on 3rd position in the Constructors Championship surprisingly ahead of powerhouse Red Bull Racing.

Bottas, and the whole F1 paddock, embraced the atmosphere of Mexico

Red Bull Racing had a good Grand Prix with Kvyat and Ricciardo finishing in 4th and 5th position. Although Kvyat was frustrated in missing out on what would have been his second podium, the Red Bull entry was unable to match the straight line speed of the Mercedes powered Williams and Kvyat could not hold off Bottas. Red Bull, as usual, are maximizing their position even though they are still hindered by the underpowered Renault power unit. Still, it seems as if the Renault unit is improving and Red Bull has done well to maintain 4th place in the constructors race.

In what may as well have been a home event for Force India, Nico Hulkenberg and Sergio Perez finished in 7th and 8th position. Max Verstappen and Romain Grosjean rounded out the top ten.

Once again, American Alexander Rossi drove an impressive race for Manor F1 Team. Rossi delivered 15th position, again finishing ahead of teammate Will Stevens. Rossi has competed for Manor in 4 races this season and has finished ahead of Stevens each time. In Mexico, Rossi stalked Stevens for the second half of the race eventually making the pass and bringing home the Manor entry.

Rossi has one more race for Manor in Brazil in 2 weeks.   In an interesting development, Manor team principal John Booth and Sporting Director Graeme Lowdon have resigned from the team after differences with team owner Stephen Fitzpatrick. How this affects the team moving forward will keep a focus on the back end of the order for the remainder of the season.

The return to Mexico was a smashing success and Sergio Perez was essentially the host of the party. Perez enjoyed the support of the partisan Mexican fan base. The first race in Mexico since 1992 was a stunning smash and received very well by the paddock. The atmosphere was described as “fantastic” by Christian Horner and “amazing” with “many special moments” by Perez.

The atmosphere in Mexico was electric