Welcome to Drafting The Circuits -
Home : Blogs : Formula 1: The Battle At The Sharp End Of The Field 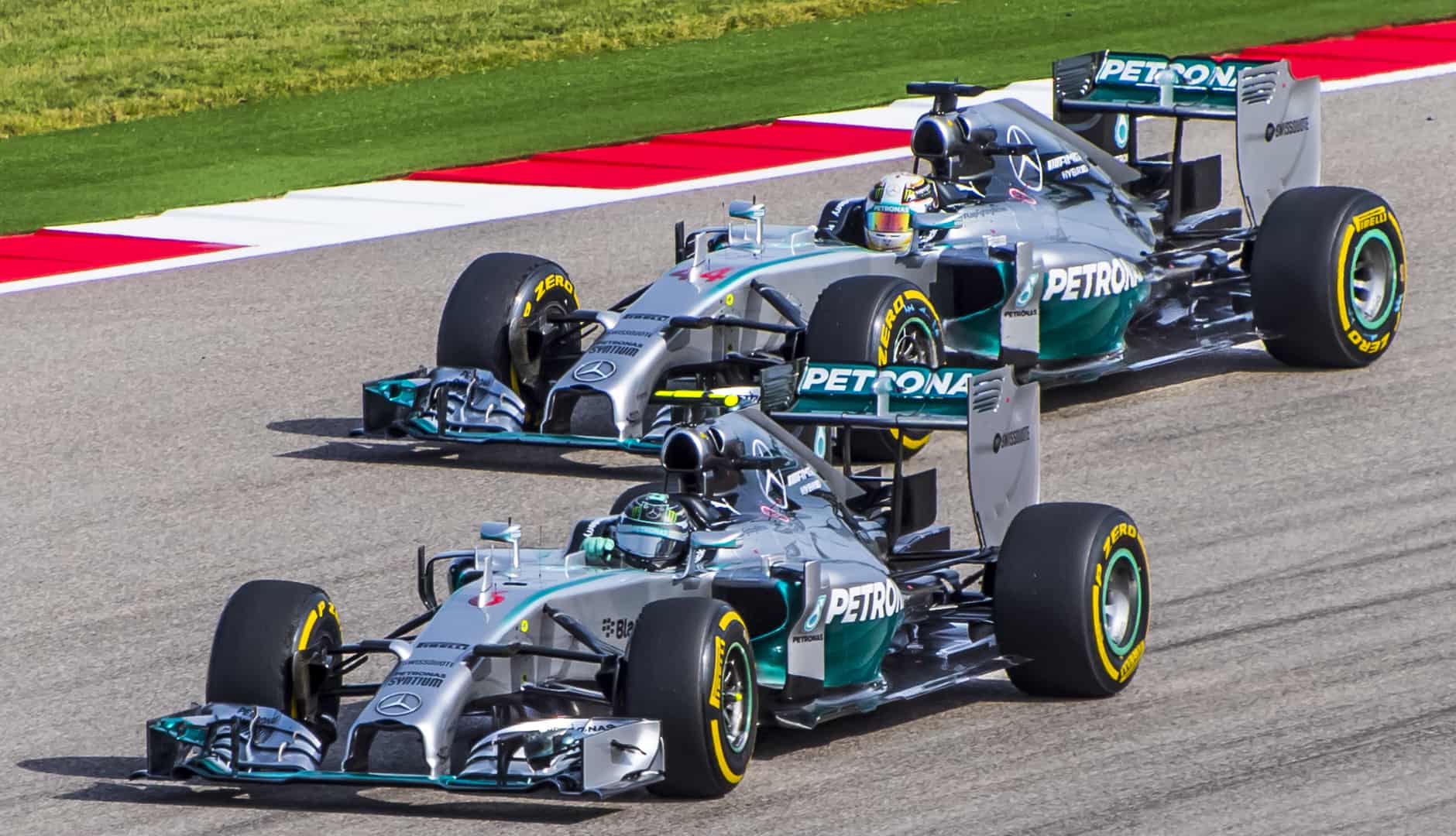 Formula 1: The Battle At The Sharp End Of The Field

2016 Formula 1 Is Set To Take Off And These Storylines Will Dominate The Season!

The Battle At The Sharp End Of The Field

For the racing aficionado, Formula 1 offers great battles throughout the field if you watch closely. The problem, and it’s a big one, is the closest racing is not always at the front of the field for race wins and podiums. Especially during the past two years, with the new turbo charged power units, Mercedes has been the penciled in winner, week in and week out. They have visibly outclassed the entire paddock and made the top step of the podium a pipe dream for the rest of the field.

Utter Dominance! And a bit dull!

The Las Vegas money lies with Mercedes capturing a third straight championship but the question remains, which of the Mercedes pilots will deliver for the German manufacturer. This looks to be the battle at the front!

Hamilton is by far the favorite, however, Nico Rosberg enters the season on a three-race win streak. Rosberg ran the table at the end of 2015, with race wins in Mexico, Brazil and Abu Dhabi. These results suggest that Rosberg remains hungry and focused, which should provide a hearty challenge to Hamilton’s emerging dynasty.

With Rosberg in the final year of his Mercedes contract, a battle between Rosberg and Hamilton would certainly present a spectacle delivering the excitement F1 has been lacking. It also may be the only way to secure a future with Mercedes. Rosberg will be acutely aware of his contract situation so expect him to be dialed in and ready to launch in the season opener in Australia.

Rosberg has been chasing Hamilton since 2014.

Hamilton, on the other hand, showed a maturity and fire that propelled him to his 3rd World Championship.   At this point, Hamilton is chasing the record books and his place amongst the greatest drivers of all time. Standing in front of Hamilton is 4 time World Champion Sebastian Vettel and a resurgent Ferrari. Oh yes, the Force has Awakened in Maranello. Vettel’s 4 titles, and the push from Rosberg, should provide enough incentive to keep Hamilton dialed in and focused on accumulating additional race wins.

Ferrari did a great job last season playing catch up to a Mercedes team that appeared far, far away in the distance.  Their three race wins exceeded expectations in Sebastian Vettel’s first year with the Scuderia. This year, the expectations are higher and Ferrari has been surprisingly quiet in the off season! Expect Vettel to be hungry, extremely hungry, as he plots a way to keep his name ahead of Hamilton in the record books.

Although the focus is on Hamilton, Rosberg, and Vettel, don’t rule out Kimi Raikkonen. The Finn has a lot expected of him in what may be his final Formula 1 season. Ferrari President Sergio Marchionne has placed the bull’s eye firmly on Raikkonens back. This will either motivate the Finn or open up one of the most coveted race seats in motorsports. With a car to his liking, Raikkonen might be the surprise factor that creates a more level distribution of race wins between these four drivers.

In the last two seasons, only Mercedes, Ferrari and Red Bull have collected victories. Can Williams step forward and will we see the expected mega-step from the McLaren/Honda partnership? Force India was impressive with its B Spec VJM08 chassis coupled to Mercedes power. If one of these teams can break from the mid-pack and bring their battles to the front, Formula 1 will benefit from a much more exciting product.

Can Williams step up and challenge for race wins?

We will begin to formulate answers to these and other questions in exactly 1 week when the cars break free for the first time in Barcelona for testing.