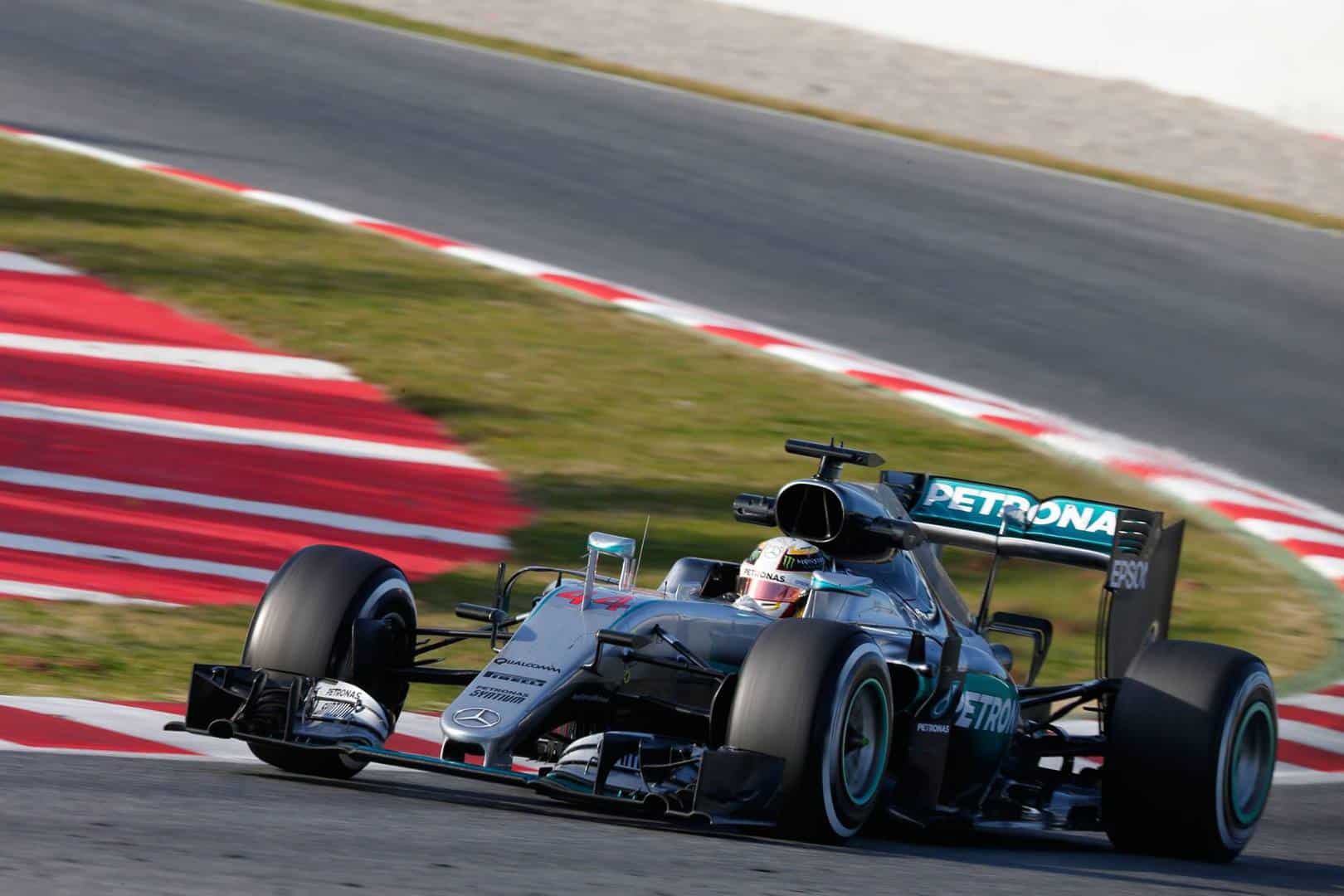 With Formula 1 testing complete and Australia just over a week away, there are some observations that can be inferred from the 8 days the teams spent testing in Barcelona.

This quick break before the first set of flyaway races gives time to evaluate testing and ask whether the results accurately reflect the running order for the 2016 Formula 1 season.

Team by team, here are some thoughts going into Australia.

By far the class of the field, or are they?

Mercedes, as they did last year, played their cards close to the vest and only in Australia will we see if they held anything back. The majority of their testing laps were set using the Pirelli medium tire compound as the Silver Arrows did 1294 laps over the 8 days of testing…far more than any other team. Other than a transmission issue on the final day of the test, the W07 proved to be reliable and quick as expected.

The question is whether they have maintained their advantage in speed over rival Ferrari. In looking at pace on the soft tire compound, both Mercedes and Ferrari ran equal times, driving toward the ultimate question; has Ferrari improved or has Mercedes held just enough back to again dominate for a third year running?

By all accounts, Ferrari has certainly made inroads into the competitive advantage enjoyed by Mercedes. The question is have they caught the folks from Brackley? Ferrari led the testing time charts on 5 of the 8 days of running. Although the Scuderia did not complete as many laps as front-runner Mercedes, their sheer pace suggests an improvement that should challenge the championship Mercedes team. Both Sebastian Vettel and Kimi Raikkonen gave favorable remarks concerning the SF16-H. Expect to see a much more competitive opening round at the sharp end of the field in Australia.

Williams traditionally takes a measured approach during testing as they often do during Friday practice on race weekends.   Toward the end of testing, Williams showed some speed that may place them into the front band of teams with race winning chances when situations present themselves. In looking at lap times set on the soft tire compound, Williams was just .2 seconds off the marks set by Mercedes and Ferrari. This should put the FW38 within striking distance of the front runners if they can get a handle on rear tire wear and eliminate the mistakes that have historically happened during pit stops.

Red Bull may have the rebound year that Formula 1 needs and expects from this team. With two strong drivers in Daniel Ricciardo and Daniil Kvyat, and an engine expected to be .5 seconds per lap better, Red Bull should be fighting for podiums again this year. Ricciardo and Kvyat will be looking at young Max Verstappen in the rear view mirror which should motivate them week in and week out to push for strong results. Expect to see Christian Horner’s team back in the mix this season, even stealing a race or two.

With a Ferrari power unit replacing the weak Renault engine from 2015, Toro Rosso could be the early season surprise of the upcoming season. Max Verstappen will be hunting for a long-term deal with a top echelon team and a strong season from the youngster could place him in a top tier ride for years to come. Teammate Carlos Sainz Jr. will return as well, presenting a young, strong driver line up that will take advantage of what appears to be a strong car. Red Bull’s Christian Horner stated that Toro Rosso will start the season ahead of big brother Red Bull in terms of performance. We shall see about that! It’s a bold statement and perhaps a bit of a smokescreen.

With both drivers returning and a rapidly improving chassis from last year, Force India should start the season at the front of the mid pack and perhaps hunt for podium positions through the first four flyaway races. Nico Hulkenberg and Sergio Perez have enough good experience to battle any driver in the paddock when their car is right. For Force India, their season will depend on enough cash in the coffers to continue developing their car. If the rules package does not change for 2017, Force India can continue placing resources into developing this year’s car and we should see one of their best seasons yet.

McLaren have made strides in the reliability and pure pace of the Mp4-31 but it does not seem to be enough from the results seen in testing. McLaren are telling us that we have not seen the final form of the 2016 design and will not until Australia. Fernando Alonso and Jensen Button will not tolerate another inept year and if the car is not able to be competitive, we will see another driver line up sooner rather than later. We all expect the Woking bunch to be working toward the front and time is ticking. This is an important year for the McLaren and Honda partnership. With the resources placed into this venture, results are expected now!

Plain and simply, Renault will be the surprise of the season!

They will be mid-pack competitive right from the get go. Renault have shown some flashes of speed during the testing period and will only improve as they continue to put the proper infrastructure and personnel into place to mount a proper run at a championship. Picking up Kevin Magnussen was a steal for the team.

The Renault entry is a good one for Formula 1 and if supported from corporate headquarters, they will see themselves back racing for wins and podiums sooner rather than later.

Which team will we see in the opener in Australia? The rookie team that had a strong first week of testing, or the team that hit a roadblock during the second week?

In reality, it will probably be a little bit of both, with Haas having some strong weeks and others where the complexity of running the Formula 1 package just gets the best of them. Romain Grosjean will be a huge player and given a reliable car, is usually able to extract the maximum of his machinery. By mid season, we should see Haas inching into the mid pack if they are able to tame the gremlins that emerged in testing. Fortunately, Haas will be given a season to acclimate to the dog eat dog world of F1 racing.

The 2016 car for Sauber missed the opening test, but showed some pace and got up to speed rather quickly in week 2. Sauber’s year will depend on the financial acumen of team principal Monica Kaltenborn and her ability to continue to develop what is essentially a solid package. Sauber have underachieved the last few years and have been vocal in trying to get a more equitable distribution of prize funds to the smaller teams.  Their effort needs to be more directed toward on track performance. If they do not, Sauber will wind up with Manor at the bottom of the paddock.

The newfangled Manor will be interesting to watch this season as they have acquired the prized Mercedes engine package. Their testing times were a bit disappointing considering the new power source and what they have called their best car ever. Still, with Pascal Wehrlein aboard Mercedes will act as big brother to assure that Wehrlein experiences success and is looked at as a future Mercedes candidate. Rio Haryanto will be under the gun straight away and if he underperforms, American Alexander Rossi will be placed into the seat and given the long deserved opportunity in F1. Manor will improve this year and will score points multiple times this season.