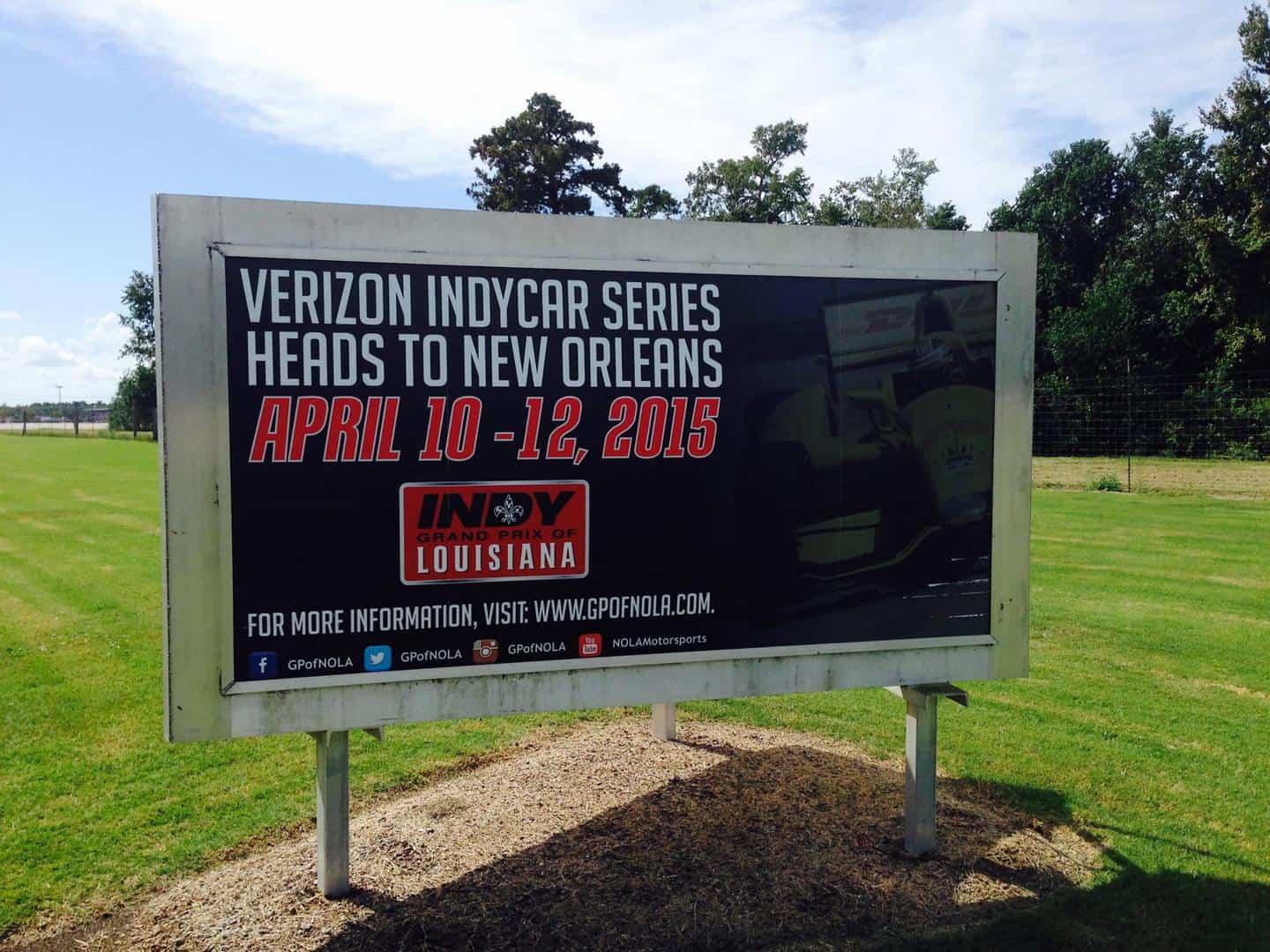 The initial seeds of an idea to bring The Verizon IndyCar Series to Louisiana began in 2012 when a small group of IndyCar executives were introduced to Laney Chouest, owner of NOLA Motorsports Park.

Both parties were intrigued with the possibilities, and it wasn’t long before everyone was on board, including the State of Louisiana, who offered a tourism development grant to seal the deal.

Now, three years later, that little seed of an idea will explode into reality. The cars and stars of the Verizon IndyCar Series will roar to life in The Big Easy for the Inaugural Indy Grand Prix of Louisiana this coming weekend.

A first year race is always a calculated risk. The event could grow into a long-running event like the Grand Prix of Long Beach and become a jewel on the calendar for decades to come. Conversely, it could suffer the fate of events like those at Baltimore or Houston and fade into oblivion.

As far as I’m concerned, this event has a ton of positives going for it. Both the city and the State seem to be behind the event 100%, and the marketing is in place, with promotion being handled by the Andretti Sports Marketing Group.

New Orleans is a new market for IndyCar, but it is also a city that doesn’t traditionally have a large auto racing fanbase. This represents a unique opportunity to introduce the series, and if all goes well, to secure new fans.

IndyCar CEO, Mark Miles is full of optimism. “We feel like we’re in the right spot, with the right venue and the right partner to put on a stellar event. It’s an opportunity to put our best foot forward.”

Located in Avondale, LA, NOLA Motorsports Park was opened in 2011 as a club track for motorsports enthusiasts. Built as a state of the art facility with forward-thinking electronic scoring in place, the track was designed by Alan Wilson, whose other credits include Barber Motorsports Park in Alabama, that also hosts the Verizon Indycar Series.

Because of the existing track layout, the organizers will not have the logistical nightmare of turning city streets into a racing course each year.  However, turning a club track into a venue fit  for a major motorsports event has its own set of challenges. NOLA Motorsports Park president, Kristen Engeron, has been charged with the duties of tackling those challenges.

Among those challenges are adding grandstands, concessions, additional restrooms, hospitality and media areas, coordinating with NBC-SN for television coverage and working out out the logistics of ticket sales, security, parking and traffic.

After all the long hours, working day and night, Engeron feels that the Grand Prix is ready to go.  “All of the big decisions have been made,” she said. “We’ve got our ducks in a row, and we feel very confident that we’re going to pull off one of the best events IndyCar has ever seen.”

With the organizers confident, the real question is what we see on the track.  The drivers and teams were allowed testing time on more than one occasion during the off-season. Several drivers have commented that the track is very smooth, and very fast. As a matter of fact, the word ‘fast’ was used by nearly every IndyCar driver asked to comment on the layout

At the request of IndyCar, there were some minor modifications to two of the turns. As the layout stands right now, the course contains 13 turns over 2.74 miles with two long straights that should allow for passing. The combinations of turns should favor a high-grip setup, and I can’t help but wonder if this will favor the Honda configuration come race day.

Those answers will will become clearer as practice and qualifying begin on Friday. Picking a winner in IndyCar is hard enough as it is without adding the factor of a new facility.

Obviously, any of the Penske or Ganassi drivers should be considered for the win, but if the Honda does indeed work well at NOLA, then keep your eyes on Ryan Hunter-Reay. The Andretti AutoSport driver was the most prolific winner with a Honda engine in 2014, but don’t count out Graham Rahal or James Hinchcliffe who both appear to be poised for a resurgence.

The one thing that the series, the organizers, the marketing firm, or the teams cannot control is Mother Nature. With thunderstorms forecast throughout the entire weekend, this may indeed change the complexion of the race, and perhaps, have a negative impact on attendance.

A wet race, or a race with changing conditions, may negate any horsepower or aero advantage for either manufacturer and produce an event that lies heavily on driver skill, tire strategy, and pit timing.

Under the right conditions it would not be out of the question to see a road course specialist like Sebastien Bourdais, Luca Filippi or Stefano Coletti perform well and challenge the established guard. For that matter, the timing may be just right for a first win from the likes of Josef Newgarden, Simona de Silvestro or Jack Hawksworth. Recall how a wet Houston track propelled Carlos Huertes to a very unlikely 2014 win in the Dale Coyne car.

Or, more than likely, the Penske foursome will stomp the field as they did in the season opener at St. Pete. We will find out Sunday, this uncertainty is one of the many elements that make this first-time event so exciting.

The Indy Grand Prix weekend will also feature a number of support races including the Mazda Road to Indy Pro Mazda Series and USF2000 Series.  Additionally, the IMSA Cooper Tires Prototype Lights win run along with the Porsche GT3 Cup Challenge and the SCCA Pro Racing Mazda MX-5 challenge. This will provide nearly non-stop racing action over the weekend, and a tremendous value for the fans in attendance.

Tickets and information are available at www.gpofnola.com. Television coverage of the Verizon IndyCar Series will be provided through NBC-SN on Sunday April 12 beginning at 2:30 PM EST.