The previous NTT IndyCar Series campaign saw a few drivers resurge despite certain setbacks. Others couldn’t catch a break until the championship trail was out of reach. It’s the best way to describe the next set of drivers, who are all proven winners or even champions.

In this penultimate installment of our previews, we’ll highlight the drivers who finished sixth through 10th in 2020 — Graham Rahal, Takuma Sato, Simon Pagenaud, Alexander Rossi and Ryan Hunter-Reay. 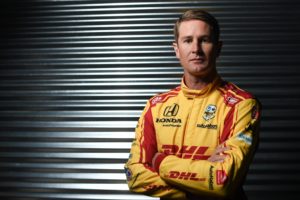 The past two seasons have been mostly frustrating for the former series champion, who’ll be entering his 18th year. Not only Hunter-Reay hasn’t seen victory lane since Sonoma in 2018, the past year was his worst statistical seasons in quite some time.

A couple crashes and bad luck throughout the year kept him from being a contender for wins. In spite of the lows, Hunter-Reay still had respectable runs as highlighted with a third and fifth at Mid-Ohio.

“We just need to be more consistent as a team,” Hunter-Reay reflected. “We look at, like I was saying, Mid-Ohio should have been two podiums, and one should have been contending for a race win. We can all talk about the things that we missed. The 2016 Indy 500 says “the one I should have won” next to it, things like that.

“You know what it takes to win. I do. We do. We know what we need to do to execute. Those parameters are there. We need to operate within that. Very simple.”

Finding consistency all across the board, notably pit stops, has been the main focus for the No. 28 team.

“I think the guys have been working really hard on that. We practice really well. They’ve been putting a lot of work into it, working out, things like that. That stuff ebbs and flows,” said Hunter-Reay. “You just have to have that chemistry with the group you’re with. Everybody has to kind of just, boom, boom, boom. They get it done, the confidence rolls, and everything starts streaming.

“It’s just like racing on track. It’s hit and miss here and there, and it’s not anybody’s fault. We’re a big team. I don’t do things right 110% of the time. When I get home, I make sure I don’t do that again, whatever it is. We’re working on that. It’s a group effort.” 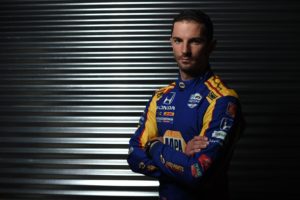 On the surface, Rossi had his worst season with a career low 12.1 average finish and going winless. Everything that could’ve gone wrong for him certainly went wrong. Four retirements were etched to his resume with three being in the opening eight rounds.

After Gateway, Rossi finally had luck on his side and scored four straight podiums (both Mid-Ohio and Harvest GP doubleheaders) only to have a crash in the finale at St. Petersburg. It was a crushing blow to an already crushing season.

“I think Indianapolis was quite an eye opener for everyone in terms of how fast all the Andretti Autosport cars, and to come away with really nothing was not good. It wasn’t a good Monday,” Rossi on the team’s performance in last August’s Indy 500.

“I think there’s an advantage and so many positives we can take out of it, and like I said, I think the end of the year went really well for us for the most part, minus St. Pete, which is on me.”

Rossi has put 2020 behind him, feeling confident about the upcoming season opener at Barber. Not just for him, but the entire No. 27 team.

“The team is in a really strong place right now, so I’m excited to get down to Barber,” said Rossi. “The tests that we have had have gone smoothly, and we’ve done a lot of — we’ve accomplished a lot of what we’ve been trying to do. So we’ve got a couple more times in the car before Barber, but yeah, I feel good right now.” 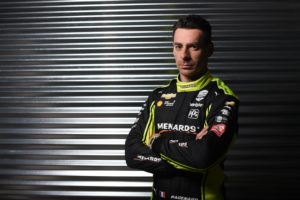 Over the past few years, Pagenaud’s season have been feast or famine. One year, he’ll be in the championship mix only to have a downturn a year later. Last season was no different as he finished outside the top-six for the first time since 2015.

It became apparent after Iowa where he won and finished fourth in the doubleheader. By that point, he was second in the championship standings after six rounds.

Eight rounds later, Pagenaud’s season collapsed quite hard like the 2020 Pittsburgh Steelers after starting the year 11-0. As Team Penske were able to turn things around in the final eight rounds, Pagenaud bit the dust with only two sixth place finishes.

“2020 was interesting,” Pagenaud reflected. “Honestly it’s a combination of things that didn’t work out the way I wanted. Obviously the car change made a big difference.

“The lack of testing made a big impact on my season. Yeah, we ended up where we did. Not happy about it, so it gave me even more desire to do well for 2021. That’s where we’re at.” 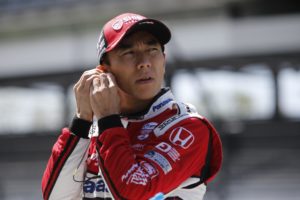 A career defining season by Sato is the best way to describe his season. Not just because he won the Indianapolis 500 after snookering Scott Dixon late in the going, but his performances were encouraging.

Despite not starting Texas due to a qualifying crash, Sato was able to overcome a massive hurdle to finish seventh at season’s end. The tail end may have been subpar, but he still had a good outlook on 2020.

Perhaps viewed as a proven winner in IndyCar, the next step for Sato is being a title contender. When asked what it’ll take to have an even better in 2021, consistency is key.

“To consistently be competitive in this series, extremely hard. Because, of course, we have short ovals, superspeedway, street course and road course, as you know. The field is so tight, like anyone can win the race basically. That’s a great part of the INDYCAR,” said Sato.

“To be able to become I think the champion, as a team, as a driver, I think you needs to be on top of the game all the time. Well, let’s say top five most of the race you need to be,” Sato continued.

“If you have any opportunity to get on the podium, I think it’s just a scoring point and consistency is a key. That’s something we missed on the last few season. Also we achieved the single wins, which is extremely important, too. This year we will all try to be as competitive as possible for entire season.” 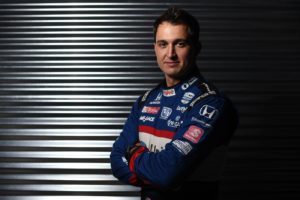 If luck was on Rahal’s side, last season may have his finest in a long while. Instead, he ended up just outside the top-five in points. A feat that’s alluded him since finishing fifth in 2016. Incidents and pit stop woes were the No. 15 team’s kryptonite throughout the 14-round odyssey.

When luck favored the second generation racer, he’s blistering fast. A pair of four top-four finishes, including a third in the Indy 500, were indeed a step in the right direction. Not just for Rahal, but the two-car operation who had a successful season.

“Overall last year, our car was pretty strong,” said Rahal. “To still finish sixth in points even with all of those things being said, not bad. Not bad.

“I think that there’s great potential there, and I hope that this year we can make it all happen.”

Before RLL Racing announcing Santino Ferrucci as the third entrant for the Indy 500, Rahal made one thing clear about his 2021 campaign.

“My focus this year is just so much on my car, just on the 15 car solely,” said Rahal. “I’m really not concerned too much about if they want to run a third car. If the owners decide that’s what they want to do, fine, but it’s not really up to me.”