Due in large part of the pandemic, it’ll mark the first time in a long while an official rookie class won’t have a Road to Indy graduate.

Guys like Kyle Kirkwood, Toby Sowery, and Sting Ray Robb will have a battle of their own in Indy Lights. Thus, we won’t see someone from the ladder system until next season.

However, this year’s IndyCar rookies is perhaps one of the most decorated in quite some time. Three veterans from different racing backgrounds will look to dabble on the world of American Open Wheel Racing.

In this fourth installment of our previews, we’ll highlight the following trio — Scott McLaughlin, Romain Grosjean and Jimmie Johnson. 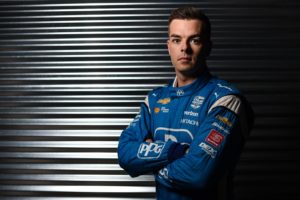 Out of the three rookies, McLaughlin is the only one running the entire 17-round odyssey. He also has a single NTT IndyCar Series start in the finale at St. Petersburg last October.

While his debut was cut short due to an accident, it was definitely a learning curve for the Supercars icon.

Looking back at his 22nd place result, McLaughlin described it as a “whirlwind adventure.” That’s because a week prior, he ran his last Supercars race as a full-time competitor, finishing fifth in the Bathurst 1000.

Now, McLaughlin is going to venues he’s already logged laps during off-season testing. Such as the opening two rounds of the championship trail at Barber (April 18) and St. Pete (April 25).

“I think for me right now, heading to Barber after testing there twice now, then St. Pete obviously racing there, it’s a big thing for me in my first foray into INDYCAR racing,” said McLaughlin. “It’s not going to be like that all year obviously, so I really have to take that in my stride, try to accelerate my learning as much as I can in this period for sure.”

Challenges are imminent for the New Zealander, treating Barber like he would at Mount Panorama. Not only that, he’ll have to adapt with certain car components like turbo, boost levels and aerodynamics.

That in mind, McLaughlin knows it’ll be a learning campaign in spite of being a favorite to win ROTY.

“It’s taken me a little bit of time at Barber. Barber is quite difficult. I put Barber at the same commitment level that you need at Bathurst. It’s very tough,” McLaughlin on the circuit that’ll kick off the season.

“To build up and not make a mistake in that period, it’s a tough thing there. I’m slowly getting used to what I want from the car, what I can ask for, what I can’t ask for. That’s just going to keep getting better and better throughout the season.

“This year for me is a learning season. I’ve got time,” McLaughlin continued. “I’m planning to be here for a long time, not a short time. Just got to make sure I get through this year, learn the tracks, learn the car, come back stronger, even better in 2022 as well.” 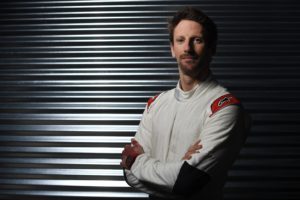 Months removed from his horrific crash at Bahrain, Grosjean is ready for the next chapter in his racing career. He’ll be sharing the ride with Haas F1 test driver Pietro Fittipaldi (who’ll run the ovals) and regular teammate to Ed Jones, who’s also looking for a career renaissance.

The times they’ve worked together already, it has been a positive reception, specifically with Jones.

“It’s going very well,” Grosjean on the 2016 Indy Lights champion. “With the team we’re learning to know each other better. With Ed as well, we’re sharing everything, from his knowledge from the past experience, to today, videos, so on. It’s been very, very good.”

Grosjean will go into this season with confidence, knowing the odds of perhaps winning a race are better. In his eyes, his greatest shot since winning the 2011 GP2 (now Formula 2) championship with DAMS.

However, he didn’t dismissed his superb drives with Lotus when he started his full-time F1 career in 2012. Those were a few and far between because it was an era when Red Bull and Sebastian Vettel ruled the world.

Fast forward to now, Grosjean felt he must learn more about the different circuits. What might’ve worked in F1 is different in IndyCar which is crucial to his transition.

“On the road course, I still need to learn a lot of things. But I need to remind myself I’m a rookie,” said Grosjean. “Even though I got 20 years experience in racing, I’m a rookie. From the rolling start to the refueling to the racetracks, there’s many, many things to learn. 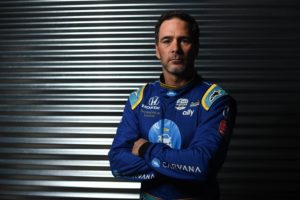 After four agonizing final seasons in NASCAR, the seven-time champion has begun life after the sport he dominated. Lost in the shuffle was another chapter closing which was his two-plus decade relationship with Chevrolet.

Johnson is attempting to adapt into the world of open wheels, driving a Honda powered engine no less. Needless to say, it’s been quite the cultural change for the Californian.

“I’ve been with (Chevrolet) my entire career, but you do see parallels in the dedication and focus and quality people,” said Johnson. “I’ve really enjoyed the engineers that I’ve worked with. I’ve been in their simulator quite a few times already.

“Then the HPD (Honda Performance Department) assigned a person to our car working with me. There’s a lot of things on the steering wheel that we can adjust to help me with drivability of the car.

One of the things Johnson has been doing in preparing for his open wheel debut is running lower division formula cars. It’s taught him a few things that should bode well into his development.

Tire management being instrumental because grip has proven to be a big challenge. When driving for Hendrick Motorsports, the first lap on fresh tires is typically the fastest lap. Not the same when driving a Ganassi Indy car or any open wheeler for that matter.

“I’m more delicate with the car than I need to be, so my fast lap is two to three laps after the desired fast lap when the tire has the most ability in it,” Johnson commented.

“Being able to drive some of these lower division formula cars, they have the same stuff to worry about, and it’s nothing that I ever worried about in a Cup car. Your first lap in a Cup car was always your fastest, then it just progressively got slower, and it’s quite different in a lightweight formula car.”

As always, Johnson was humbled about the experience where he was able utilize the knowledge he gained to Sebring and Barber.

“It was good for me at the most basic of levels,” said Johnson. “Then also at the same time the excitement that it brought, being around, for myself to be at the racetrack in such a simple manner.

Johnson will run all the road and street courses while Tony Kanaan will drive the No. 48 on ovals.